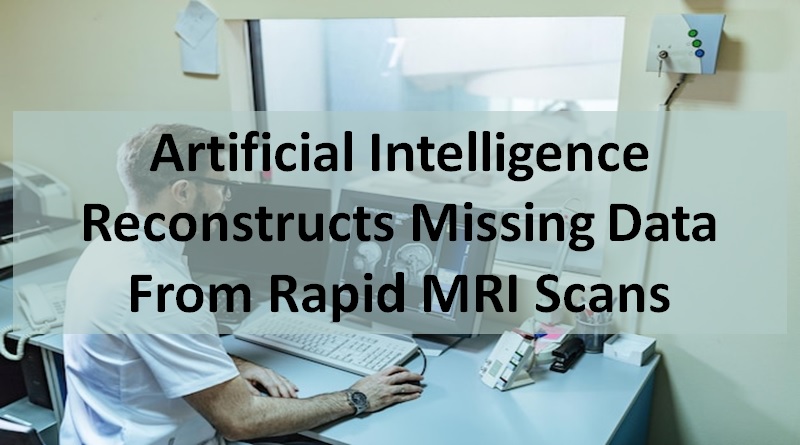 According to a recent study by the NYU Grossman School of Medicine and Meta AI Research, artificial intelligence (AI) is capable of reconstructing rapidly performed, coarsely sampled magnetic resonance imaging (MRI) scans into high-quality images with comparable diagnostic value as those produced by conventional MRI.

According to the study, using AI to rebuild MRI images that are performed four times faster than conventional scans has the prospect of increasing MRI access to more patients and decreasing appointment wait times.

The research, which was released on January 17 in Radiology, is a component of the fastMRI program launched in 2018 by Meta AI Research (previously Facebook) and NYU Langone Health. An AI model was produced as a result of this endeavor, which sought to use AI to speed up MRI, by researchers from Meta AI and imaging scientists and radiologists from NYU Langone. Additionally, it created the largest-ever collection of unprocessed MRI data that was made available to the public, which was used by researchers and engineers all around the world.

The NYU Langone team previously performed a “proof-of-concept” research in which it replicated accelerated scans by eliminating roughly three-fourths of the raw data obtained by traditional, sluggish MRI scans. The images produced by the fastMRI AI model then matched those from the slower scans. In this new work, the researchers employed expedited scans with only one-fourth of the total data and an AI model to “fill in” the gaps, much like how the brain creates images by adding missing visual information from the environment and prior experiences. In both trials, it was discovered that fastMRI scans were more precise and higher-quality than conventional scans.

“Our new study translates the results from the earlier laboratory-based study and applies it to actual patients,” “FastMRI has the potential to dramatically change how we do MRI and increase accessibility of MRI to more patients.”

Michael P. Recht, MD, the Louis Marx Professor of Radiology and chair of the Department of Radiology at NYU Grossman School of Medicine

Between January 2020 and February 2021, 170 individuals in the new trial had diagnostic knee MRIs performed using a standard MRI protocol first, then an accelerated AI methodology. Six musculoskeletal radiologists searched for indications of ligament or meniscal tears as well as anomalies in the bone marrow or cartilage when reviewing each examination. The AI-accelerated images were not disclosed to the radiologists who were evaluating the scans, and to reduce the likelihood of recall bias, the evaluations of the standard images and AI-accelerated photos were separated by at least four weeks.

The radiologists determined that the overall image quality of the accelerated scans was noticeably better than the traditional scans, and that the AI-reconstructed images were diagnostically equivalent to the conventional images for detecting tears or abnormalities.

“This research represents an exciting step towards translating AI accelerated imaging to clinical practice”, “It truly paves the way for more innovation and advancements in the future.”

The researchers point out that FastMRI doesn’t need specialized hardware. The fastMRI initiative has made its data, models, and code accessible as an open-source project for other researchers as well as manufacturers of commercial MRI systems. Technicians can design regular MRI machines to acquire less data than is typically necessary.

FastMRI enables MRI exams that could otherwise take up to 30 minutes to be finished in less than 5, making MRI examination times equivalent to those of X-rays or CT scans. Contrary to previous imaging methods, MRI offers highly rich information, allowing for views of soft tissues from various angles, revealing minute anomalies in the cartilage, and even detecting cancers in the abdomen.

“The price we have paid traditionally for all of that rich information is time”, “If we can supercharge MRI to approach the speed of CT scans, we can make all of that important information available to everybody.”

Daniel K. Sodickson, MD, PhD, chief of innovation in the Department of Radiology and director of the Center for Advanced Imaging Innovation and Research

Thu Jan 19 , 2023
The U.S. industry leader in precision medical goods and services, Nihon Kohden America, Inc., is pleased to introduce CoMET (Continuous Monitoring of Event Trajectories), a tool that can give an early warning of the likelihood of catastrophic clinical occurrences in the future. Through its acquisition of AMP3D (Advanced Medical Predictive […] 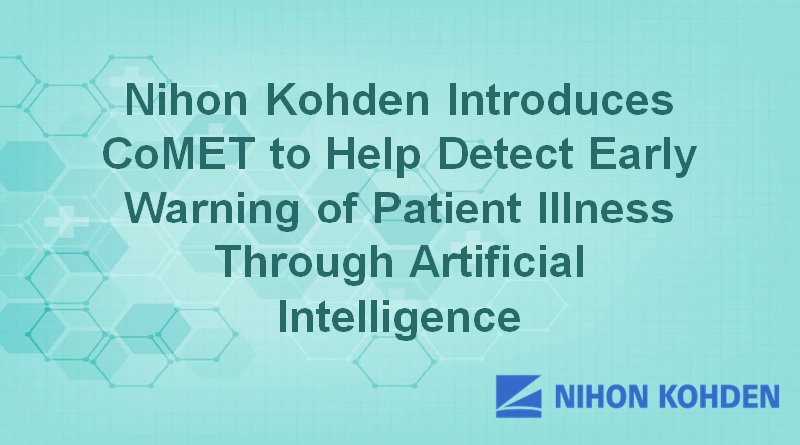