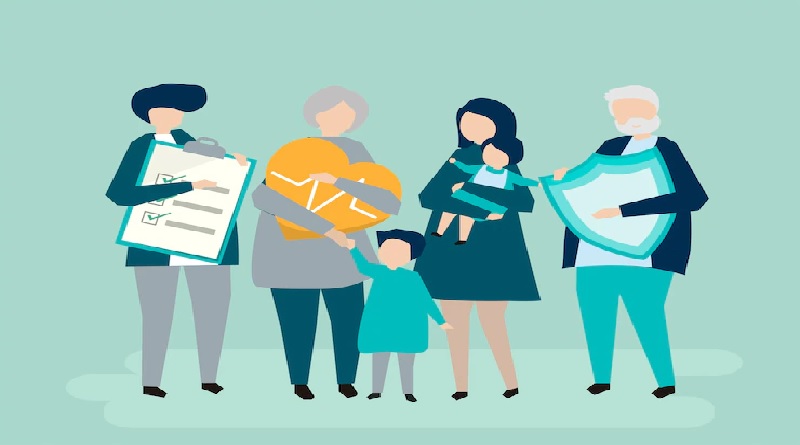 No matter where you stand on the abortion issue, one thing is certain: future legal changes will be interesting. One of those modifications has to do with some states granting some or all unborn children personhood. That may theoretically imply that life would officially start at conception. Ten states have already enacted abortion restrictions after the Supreme Court’s Dobbs decision invalidating Roe v. Wade, in some cases while also recognising the rights of the foetus. In the upcoming weeks, additional states are anticipated to follow suit.

The US Senate’s S.99 bill, which was introduced before the Supreme Court’s judgement and intended to address the topic of foetal personhood in-depth, albeit with apparent allowances for reproductive technologies and birth control.

Complex considerations surround the concept of foetal personhood. However, one aspect of foetal personhood that we are particularly concerned in is the problems of discarding extra embryos produced by reproductive technology like in-vitro fertilisation (IVF). Particularly, it is likely that unused embryos from the IVF procedure may be designated legally protected people as some states continue to strive toward increasingly expansive foetal rights free from the constraints of the Supreme Court’s now-cast-off abortion verdicts. As such, doctors might be legally prohibited from both using such embryos for research or discarding them altogether.

Practically, there is a lot of doubt about whether lawmakers will be able to maintain the mental gymnastics that see life beginning at conception in utero but allow for the discarding of that same life when it begins in vitro, even though many states, like the stalled US Senate bill mentioned above, claim they are not interested in regulating IVF embryos per se.

With abandonment rates for human embryos as high as 24 percent, the issue of excess human embryos has long been one of significant concern. During the IVF procedure, potential parents may abandon embryos for a variety of reasons. For instance, since they were found to have a genetic disorder that is incapacitating thanks to technology like preimplantation genetic diagnosis (PGD). Alternatively, the embryos might be the wrong gender (in cases where gender selection is permitted, such as when family balancing is a concern), or they might simply not be required by the biological parents for a variety of perfectly reasonable reasons.

Although there are ethical rules governing how embryos should be disposed of, those rules may soon go beyond being merely recommended best practises. As the legislation changes, fertility specialists may find their options for what to do with such embryos severely limited.

Notably, states could incentivize private persons to “narc” on physicians, as is already the case in several jurisdictions in the domain of abortion, without necessarily needing robust enforcement tools to stop what has previously been accepted behaviour. Such regulations may even target individuals who just encourage the destruction of embryos, such as the entire staff of a reproductive facility.

Although there yet to be laws directly prohibiting the discarding of embryos in the United States, there may already be a potential partial work-around, if and when such laws are enacted. There are a number of Israeli companies at the intersection of AI and biology, including Fairtility (which only just received CE approval from the European Union, AIVF and Embryonics. These companies claim to be able to employ AI to determine embryo viability preimplantation.

Perhaps, beyond saving time, money and mental anguish in the IVF process, technologies like this could be used to assess soon to be discarded embryos at fertility clinics;  an embryo that is deemed by the AI to be nonviable could arguably have little to no personhood rights in the eyes of the law, and therefore be a lesser legal liability for clinicians. Viable but otherwise not implanted embryos might have to be stored for the long term, likely at a cost to the patient, if and when embryo personhood rules reach IVF.

The intersection of viability and embryo rights is not novel. The original Roe v Wade decision —which created the now defunct constitutional right to abortion under the Due Process Clause of the Fourteenth Amendment — focused on the viability of the fetus. The court used this metric to assess the state’s interest in promoting fetal life and whether an abortion would be constitutionally protected. “With respect to the State’s important and legitimate interest in potential life, the “compelling” point is viability. This is so because the fetus then presumably has the capability of meaningful life outside the mother’s womb.” (Roe v. Wade, 410 US 113 – Supreme Court 1973). The idea of viability seemingly stems from earlier caselaw discussing the quickening (e.g., palpable movement) of the fetus as proof of life vis-à-vis abortion law.

In the most recent iteration of abortion caselaw, fetal viability was initially central to the case in the lower courts. In the case that ultimately became Dobbs, the State of Mississippi — whose law banned abortion with limited exceptions after 15 weeks — was initially enjoined from enforcing their law. The lower courts found that the state could not provide sufficient scientific evidence that a fetus was viable at 15 weeks, as per the older Roe doctrine.

In reconsidering abortion legislation, the Roberts Supreme Court found its own place to hang its hat, doing away with the viability test in the process (supporting a claim made by those who oppose abortion). It did, however, maintain a portion of the case’s emphasis on the embryo’s life. The majority wrote: “Abortion destroys what those decisions refer to as “potential life” and what the law at issue in this case regards as the life of a “unborn human being,” suggesting that there is a substantive difference between abortion law and other privacy-related areas of the law (possibly in an effort to assuage those worried about the whittling down of additional privacy-related rights). None of the other [privacy related precedential Supreme Court] decisions involved the critical moral question posed by abortion.”

So, even though the court seems to have overtly discarded the viability argument, it is still very much focused on the potential life of the embryo. Which gets us back to AI and embryo viability assessment.

While not a panacea, and often not yet ready for prime time, AI can eventually be a valuable asset in the area of healthcare provisioning: AI can predict outcomes and see correlations that even the best medical practitioners fail to see. AI can also provide access to knowledge and potentially even services to those who are often under-served. AI can also be employed by doctors and hospitals to do the menial repetitive tasks within medicine, freeing up professionals to focus on harder problems.

Mon Jul 18 , 2022
We have been driving healthcare forward with our proven technology since 2007. From the first day we started to serve, we focus on innovation, cutting-edge technology, and quality by putting patient safety to the center.