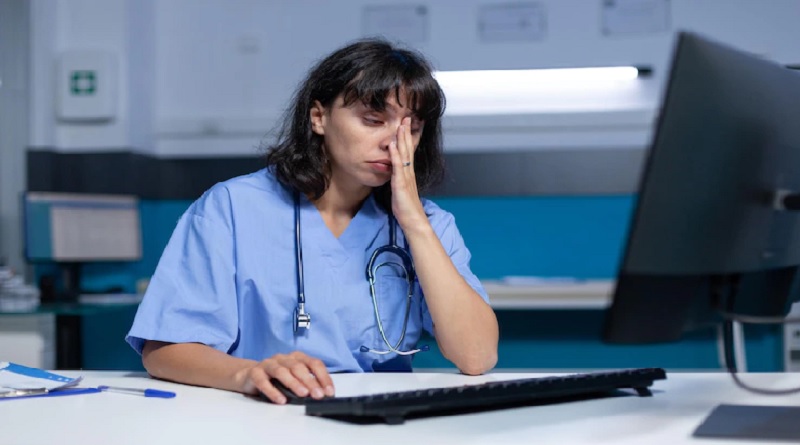 Burnout has become an unfortunate everyday reality for healthcare professionals. It’s one that preceded the pandemic, but has also been exacerbated by the crisis. Sadly, there is plenty of anecdotal evidence of clinicians being overwhelmed by their responsibilities since the outbreak began, and statistics reflect the extent of the problem.

According to the 2021 Medscape National Physician Burnout & Suicide report—a survey of over 12,000 physicians across 29 specialties conducted between Aug. 30 and Nov. 5, 2020—42 percent of physicians said they were burned out. Those in critical care (51 percent), rheumatology (50 percent), infectious diseases (49 percent), and urology (49 percent) headed the list.

The unfortunate truth is that this could become an even greater problem in the years to come, given the expected shortages of clinicians. The Association of American Medical Colleges reported that there will be a shortage of as many as 139,000 physicians by 2033. The International Council of Nurses—which in 2020 saw departure rates increase by 20 percent within its National Nurses Associations—foresees the global nursing workforce shrinking by at least 10 million nurses by the end of the decade. There are currently 27 million nurses around the world, but according to ICN CEO Howard Catton, it is conceivable that it could even be cut in half by 2030.

While the glut of patients afflicted with COVID-19 might seem to be the primary driver for the uptick in burnout, the Medscape survey tells a different tale. The top reason, respondents said, was “too many bureaucratic tasks.” Fifty-eight percent tabbed that as the cause, which is not that much different from the 2016 survey. By contrast, just 16 percent of the physicians participating in the more recent poll said social distancing or societal issues related to COVID-19 were the sources of their stress, and just eight percent indicated that treating those infected with the virus was the reason behind it.

So it looks to be a matter of reducing administrative burdens—giving clinicians more time to care for patients (presumably the reason they entered the profession to begin with), as opposed to spending the time immersed in ancillary tasks. In other words: putting people over paperwork.

Artificial intelligence (AI) is one of the primary means for accomplishing this while also achieving greater efficiency, cost-effectiveness, and patient outcomes. One study showed that after the pandemic began, 84 percent of American healthcare systems began using AI or were planning to do so in 2020, up from 45 percent before the pandemic. The top uses were predictive analytics for early intervention, clinical decision support and improving patient care through collaboration among multiple specialists.

Another study found that AI for the healthcare industry, which was valued at $3.9 million in 2019, could increase to be valued at $107 million by 2027—a staggering compound annual growth rate of 49.8 percent. As Steve Griffiths, the senior vice president of data and analytics at Optum Labs (UnitedHealthGroup’s research and development arm), said in a company statement:

“The responsible use of AI continues to provide important opportunities for healthcare leaders to streamline administrative processes and provide more effective patient care with enhanced experiences for both patients and providers. These leaders are not just users of AI, but they have an opportunity to be looked to as role models across industries in their commitment to using AI responsibly.”

Deloitte defines AI as “computer systems able to perform tasks normally requiring human intelligence,” and pointed out that AI is not unlike human intelligence in that it recognizes patterns and discerns anomalies. Moreover, the more AI systems are used, the smarter they get.

Consider radiology. Nearly three in every 10 Americans working in the field believe it could be made more efficient through the use of technology like AI. Indeed, AI can make CT and MR scans more precise, thereby freeing up technicians from image analysis and creating a more patient-centered experience.

Also, consider the manner in which AI can be used to predict and manage patient flow by using remote monitoring to determine where best to direct a given patient based on the seriousness of his or her condition or the availability of beds.

It is as Henk van Houten, Executive Vice President and Chief Technology Officer for Royal Philips, and Tina Manoharan, Global Lead Data Science & AI Center of Excellence, wrote on the Philips website: Such innovation is centered on the individual, not the technology. It enriches the care journey and improves upon it.

Van Houten and Manoharan underscore something a CIO told authors Edward Marx and Paddy Padmanabhan: “Digital medicine is just medicine in the same way that really good technology is not about technology. It blends into the fabric of our everyday lives.”

While there are other factors that contribute to the rise of AI in healthcare, that is the bottom line: the people as opposed to the gadgetry. It’s a matter of simplifying clinicians’ lives, making their jobs easier, and ultimately helping them help patients achieve better outcomes. The need for doing so has become abundantly clear in recent years and the continued rise in demand indicates that may also be the case in the years to come.

Fri May 13 , 2022
Hear first-hand from Major Health Partners on how Microsoft Teams allows their care team to collaborate from anywhere.