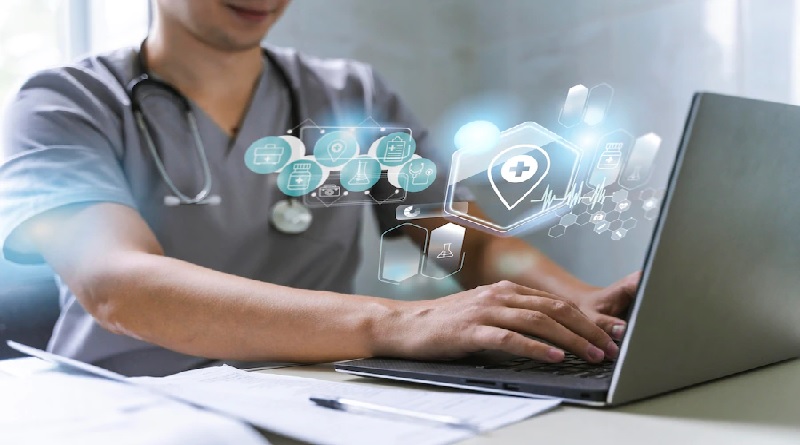 The reputation of Massachusetts as one of the most costly states for healthcare has existed for a long time and is well-deserved. According to David Seltz, executive director of the Massachusetts Health Policy Commission, the state now has the third-most expensive health care system in the country, behind Alaska and New York, as a result of the presence of cutting-edge, internationally renowned medical institutions and high use rates for services.

The fact that Massachusetts is also emerging as a national leader in a possibly more crucial area – limiting the development of health care costs – can go overlooked if merely looking at overall cost data. Its health care commission, which was established by legislation in 2012, has been successful in lowering the growth rate of health care spending below the national average for seven of the past eight years. Furthermore, Massachusetts had the second-lowest rate of growth in standardised per person spending from 2013 to 2019 among all states, according to a Health Affairs article.

For both American households and state and local governments, high health care costs can be a serious burden. According to the Peter G. Peterson Foundation earlier this year, Medicaid represents almost one-fifth of all state general fund spending in the United States, making it the second largest area of state spending behind education. According to research from the Peterson Center on Healthcare and Kaiser Family Foundation, around 23 million U.S. adults, or close to one in ten, have medical debt of over $250 in 2019, with about three million of these people having debts of over $10,000. The group of people who were most likely to be burdened with this debt included those who were less wealthy, less healthy, or had disabilities.

Other states are taking notice and considering implementing efforts similar to the Massachusetts Health Policy Commission model because, despite its limitations, it offers promise for managing rising medical expenses. It’s crucial to recognise that a lot of possible cost factors are outside the control of any state government. For instance, it was very challenging to keep the price of a new, pricey, and very effective hepatitis C medicine low. Factors like these are bound to obstruct the best attempts to keep costs in check without severe steps to control healthcare costs by lowering the standard of care.

One of Massachusetts’ success factors is its adept data collecting and usage, which provides information on almost every facet of the commonwealth’s health care spending. The commission’s aim to limit yearly growth in health costs in the state to 3.6% or less has been another crucial element.

An in-depth analysis of Massachusetts’ strategy was conducted by Mathematica in October 2022 under the auspices of the Peterson Center on Healthcare and Gates Ventures. This investigation involved a thorough review of available public records and the insights of about fifty individuals who were involved in or impacted by the state’s initiative. According to the study, “establishing a cost growth benchmark was an important step toward containing increases in health care spending by establishing a shared goal and giving the state and health care entities a concrete target around which they could measure cost growth, make spending patterns more transparent, and attach accountability mechanisms.”

But setting a goal is just the first step. As Seltz explains, “We then try to understand the drivers that contribute to higher spending or to lower spending. That’s where the opportunities are.”

One successful Massachusetts strategy was largely based on the depth of its data assets, which helped it compare the performance and costs of various health systems in the state. It’s clear that there are a set of services that physicians and clinicians have agreed do not provide any clinical value – like some lab tests and unnecessary scans. So, Seltz says, “we looked for variation among the different health systems and how often they’re recommending these kinds of tests. They hadn’t seen comparative data, but when they saw our data some said, ‘Oh, we’re not performing as well as we thought we were compared to our peers.’ And that sparked action on their part, which reduced costs.”

The Health Policy Commission can identify those whose spending exceeds the cost growth benchmark thanks to its ability to disaggregate health care spending by provider. After a thorough review, HPC may then ask them to submit a performance improvement plan that details the main causes of spending growth as well as methods for reducing it.

For example, when the state found that its biggest health care system, Mass General Brigham, had spending growth over the benchmark for multiple years, the commission required that they develop a plan to address this. “And they did,” says Seltz, “They developed a plan to bring in $127.8 million in health care savings over 18 months.”

Because Mass General Brigham was receptive to cooperating with the state, that was undoubtedly a success story. However, if it hadn’t been, the state wouldn’t have been able to take as much action to force its hand. According to Debra Lipson, a senior fellow at Mathematica, one of the results of the October analysis was that the state’s enforcement measures weren’t powerful enough to require its providers to take the actions necessary to decrease costs.

“People we interviewed were saying that the state needs more teeth to control the health care cost drivers,” she says.

Seltz agrees: “The current law does contain a penalty for non-compliance with our recommendations, but that fine is capped at $500,000, while health systems have billions of dollars in annual revenue. So, we have recommended that the legislature consider escalating financial penalties if provider systems or health plans repeatedly exceed the health costs required for us to meet the 3.6 percent growth benchmark. I know this is an area that other states are exploring as well.”

There are a couple of other areas that Seltz and his staff have targeted for improvement in the near future. As the HPC’s 2022 Health Care Cost Trends Report suggests, Massachusetts should expand “state oversight and transparency of the entire pharmaceutical sector, including how prices are set in relation to value.” It also recommends that the commonwealth “take action to hold health insurance plans accountable for affordability and ensure that any savings that accrue to health plans are passed along to businesses and consumers.”

The fact that the Health Policy Commission recognises that there is room for improvement also serves as guidance for the states seeking to produce outcomes similar to those seen while the commission was in charge. Being the first state in the country to launch a successful initiative is commendable, but continuing on a path of continuous improvement that can serve as an example and an inspiration to others is even more laudable.

In fact, a number of other states are attempting to follow Massachusetts’ lead, including Delaware, Rhode Island, Connecticut, New Jersey, Nevada, Oregon, Washington and California by creating their own initiatives aimed at reducing the rate of cost growth. That’s not a surprise, based on Mathematica’s findings.

While the study pointed out some shortcomings with HPC’s program, it argued that “Other states can learn from Massachusetts’ design and use of accountability mechanisms. Its experience indicates that state policymakers must continually monitor trends and refine or enact new measures to address emerging drivers of health care cost growth.”