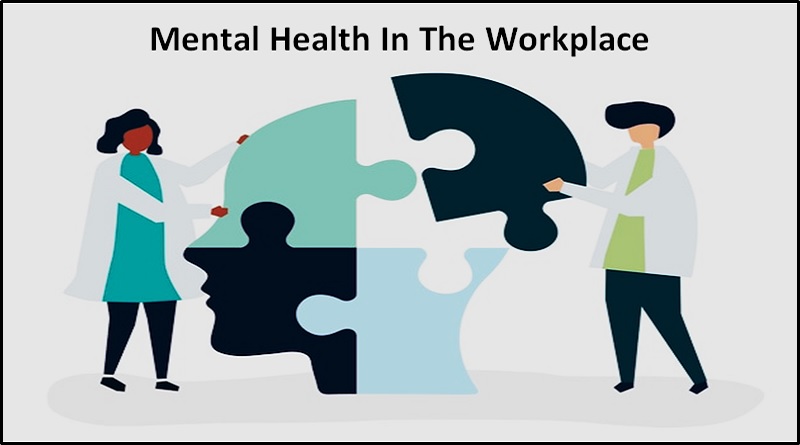 Employees and HR officials concur that treating workers’ mental health concerns is a major priority, according to recent workplace surveys and publications. However, it’s time to think about where this consensus will go and which workplace mental health issues will receive the most attention as we move ahead to 2023.

84% of workers indicated “strong and comprehensive” mental health benefits were a key consideration when contemplating a new employment, according to a recent study by Lyra that surveyed more than 1,000 workers and more than 250 benefits leaders. Additionally, 61% of benefits executives thought that employers had a duty to safeguard workers’ mental health.

The World Health Organization (WHO) has urged businesses around the world to provide work that simultaneously prevents employees from experiencing excessive stress and mental health risks; protects and promotes employees’ mental health and wellbeing; and supports people to fully and effectively participate in the workforce, free from stigma, discrimination, or abuse, according to Lyra Health’s report.

A global study of 9,000 workers indicated that 48% of respondents stated their wellbeing worsened in 2022 and 28% said they are miserable at work, demonstrating the workers’ desire to see improvement on this issue. Companies will need to continue to be proactive in 2023, innovate, and learn from other organisations if they want to solve these issues.

“The world has changed over the last couple of years”, “It’s become much more interconnected, and the same is happening for workplaces, for both an individual’s health and for employees’ ability to show up to work fully.”

She notes there were two main themes in the Lyra Health report:

2) the importance of how companies structure jobs in a way that enhances mental health among workers.

Companies are adopting a variety of changes to achieve these objectives. The Lyra Health survey points out that employees are increasingly expected to create their own schedules in addition to greater freedom regarding remote work. According to the survey, even the hitherto uncommon practise of a four-day work week is likely to be embraced by more businesses in the near future. According to the survey, 45% of respondents already provide this service, and 43% plan to in 2023.

It seems that the change would be well-received by workers. In a recent study involving 900 workers from 33 companies in the United States and Ireland, the participants gave the experiment a 9.1 on a scale of 1 to 10, and 97% said they wanted to continue the practise, which provided workers with 100% of their pay for working 80% of their previous hours under the condition that they complete 100% of their work. According to a CNBC investigation, “their self-reported levels of performance rose up while burnout and exhaustion went down.” Even though in-person work grew over the course of the trial period, “they had greater control over their schedules and also saved an hour per week on commuting.”

According to Wasserman, there are numerous indications that businesses are modifying their work structures to enable employees to take better care of themselves. Employers are attempting to increase schedule transparency, she claims. “For instance, informing staff members in advance of their scheduled shifts so they can make plans.”

Additionally, as managers are the first line of defence in handling issues like staff absences and scheduling, businesses are concentrating on providing them with more tools. Only COVID-19 is reported more frequently than work-related management stress as having a negative impact on employees’ mental health, according to the Lyra Health research.

Stress has emerged as a serious issue.

According to some business analysts, stress management will be a major concern for companies in 2023. According to a research by 1Password, as individuals digest continuing fears about the pandemic, economic downturns, and even a conflict in Europe, the term “permacrisis” has become more and more prevalent. The effects of all this stress can be seen at work, as 4 out of 5 employees (79%) report being distracted at work and 1 in 3 employees (32%) claim they are the most stressed they have ever been in their lives.

Workers of all ages cope with stress, but younger workers, who have seen large upheavals and disruptions in their formative years, are more prone to be affected by stress. This is where the disparities across age groups come into play.

According to a study published in the Journal of Vocational Behavior, for instance, those who are relatively new to the workforce struggle more with remote employment. Early career workers were more prone to disconnect during the pandemic, such as by displaying a lack of interest or developing a cynicism about work, according to Pharmacy Times’ examination of the journal’s data. Mid-career professionals, who were managing other duties including home educating, were discovered to be tired by the pandemic.

According to Wasserman, managers and employers should have a system in place for regularly checking in on staff to check for stress and burnout. She claims, “We are aware of staff fatigue at work.” “As leaders explore how to help staff, it’s critical to have a strategy around avoiding burnout and taking into account measures to lessen mental health problems.”

Experts in public health are also concerned about workplace mental health issues. Vivek Murthy, M.D., the U.S. Surgeon General, published a new framework for workplace mental health and wellbeing in October. According to Murthy, “thriving organisations and healthier communities are built on a healthy workforce. We have the chance and the capacity to transform workplaces into engines for mental health and wellness as we recover from the worst effects of the epidemic, and this Surgeon General’s Framework demonstrates how we can get started.

The framework was outlined by the Surgeon General’s office as five fundamental actions that companies should take to safeguard and enhance mental health in the workplace. These consist of:

Employers should put a priority on employees’ physical and mental well-being at work, provide for enough relaxation, and normalise supporting mental health. Companies should also have policies in place for diversity, equity, inclusion, and accessibility.

By fostering inclusiveness and a sense of belonging in the workplace as well as collaboration and teamwork, organisations can promote positive social interaction and connections.

Knowing that you and your work are valued makes you feel better, therefore employers should pay a living wage, include employees in decision-making, and foster recognition.