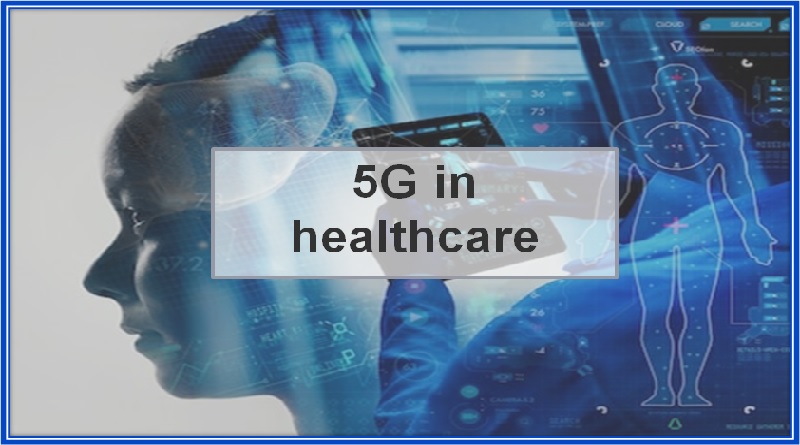 IoT and 5G technology can increase the use of medical equipment for better, more connected patient care. Concerns about interoperability and security may potentially be alleviated with 5G.

In the Internet of Things (IoT), all devices that produce or use data are interconnected via a single network. This makes it possible to monitor, manage, and control processes and functions in ways that were unthinkable just a few decades ago. Situational awareness, automation, streamlining, and simplification of its use cases are made possible by the IoT paradigm.

The healthcare sector has an unmatched chance to change patient care in the age of wearable medical technology. Wearables offer the chance to monitor patients in a way that was previously unthinkable, which can greatly enhance patient outcomes, therapeutic options, and diagnostic possibilities.

There are various difficulties to be overcome, just like with all prior possibilities of this size.

Health-related wearables must first be secure. The same dangers that internet-connected devices confront are inherent to these products. Because it is morally correct and has been established by the law, we must respect the confidentiality and privacy of patients. Data from healthcare devices must not be accessible to, changed by, or tampered with by malicious actors. The system must be dependable and trustworthy.

Healthcare wearables also need to be reasonably priced. It will be prohibitively expensive to grow them on big proportions if they are expensive. Healthcare IoT fails in the absence of cost.

Third, interoperability amongst healthcare wearables must be at least somewhat possible. Without interoperability, we eventually become dependent on exclusive vendor products. This model has historically been used numerous times and invariably results in higher prices, fewer capabilities, and subsequently, supportability problems.

Fourth, the network that underpins healthcare wearables must be expandable to accommodate any necessary size and capacity to serve the sector and in-hospital infrastructure.

Healthcare IoT will probably fail if it cannot overcome the difficulties of security, affordability, interoperability, and scalability.

A key is standardisation. The greatest enabler of interoperability and cost savings in technology has historically been standardisation. This refers to how the devices interact with the outside world, not the devices themselves. Multivendor offerings become possible and make it simpler to use IoT in healthcare as communication protocols and data formats become standardised.

I think that large-scale healthcare wearables as a part of IoT for healthcare might be enabled by 5G cellular technology, which is a fundamental enabler of IoT. The use of 5G in these devices has numerous benefits:

Scale. In order to scale to dense networks supporting massive numbers of devices, 5G has being created. The scalability of 5G is unmatched by many, if any, other current or forthcoming wireless technologies.

Performance. Comparatively speaking to many other technologies, 5G has a larger capacity and reduced latency. This indicates that it will perform better while supporting more devices and data.

Pervasiveness. There is or will soon be 5G practically everywhere. That has obvious benefits since it ensures that wearable technology remains connected wherever people go. Many other technologies are less pervasive and have more geographical limitations. They also need to be close to other devices or infrastructure.

the benefits of scale. Tens of billions of users will be supported by 5G when it is finished. Inexpensive 5G modems for wearable technology will become more widely available.

Standardization. The Third Generation Partnership Project (3GPP) produced the standards-based technology known as 5G. (3GPP). Because of this, a phone functions wherever it is used. Since all 5G networks have been created to the same specifications, a phone can communicate with any of them.

Future-looking 5G and IoT for healthcare

It makes sense to use 5G for wearable medical devices. It doesn’t completely resolve all of the difficulties that healthcare IoT presents, but it does start to address some of the major issues. The main issue is that the majority of modern wearables rely on short-range technologies like Bluetooth to connect to the wearer’s cellular smartphone.

Adoption of 5G necessitates a paradigm shift. But for gadget manufacturers, healthcare professionals, and customers generally, this change makes sense. It must happen.

In the current paradigm, a short-range technology is frequently used to transfer health data from a wearable to an application on a phone. Afterward, the phone’s application may exchange that data through the cellular network with an internet-based data storage if it is set up to do so.

The processing time would be shortened if the wearable had 5G. While mobile phone-based applications could still access internet-based data repositories through the cellular network, the wearable device can now connect directly with them. Authorized third parties have easier access to this information. Furthermore, rather than passing via several devices, this private health information is now just transferred over the safer 5G network.

Furthermore, there is a road for future capabilities and enhanced performance due to the strong standardised backing of 5G technology. The 3GPP is constantly creating new cellular standards with improved performance and additional features, frequently without the need to upgrade consumer devices.

The deployment of 5G in the wearable healthcare sector is imminent. Since embedded 5G chipsets are getting cheaper, it will become more and more profitable. Most of the greatest problems facing large-scale healthcare wearables and healthcare IoT are addressed, at least in part, by 5G.

It’s unclear that wearables will entirely switch over to 5G from existing established wireless technologies. Instead, I believe that 5G may work in harmony and coexist peacefully with these current wireless technologies, benefiting all parties. I anticipate this adoption to begin soon. Although it may take a while to catch on, the market will be flooded with 5G-capable smartphones in five years.

The acquisition of Devicia and Clarvin by Veranex will increase its regulatory, qualitative, and clinical expertise in IVD and medical devices.

Wed Oct 12 , 2022
medical devices and IVD clinical expertise will increase because of the acquisition of Devicia and Clarvin by Veranex Veranex, the only comprehensive, international, technology-enabled service provider to the medical device industry, announced today that it has acquired a network of full-service medical device consulting companies that cover clinical and regulatory […] 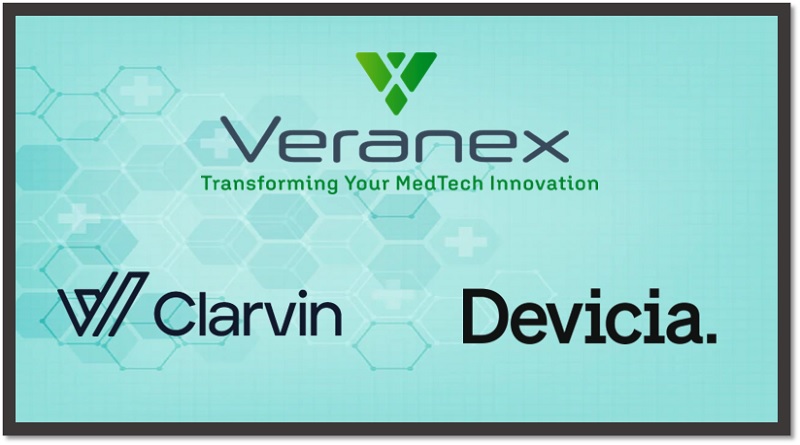