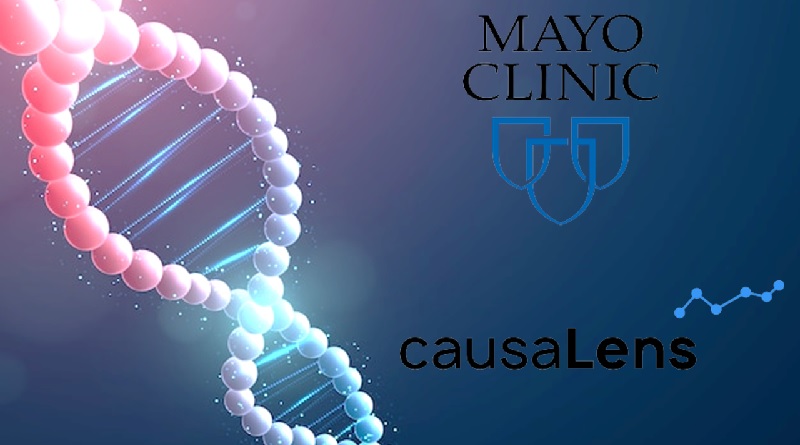 Using its Causal AI technology, causaLens, a deep tech company based in London that is reshaping the future of AI, is taking a significant step toward the adoption of non-invasive methods for cancer detection and understanding. According to recent study, Causal AI provides accurate early cancer detection using quick and affordable blood tests.

CausaLens, which got funding earlier this year from Dorilton Capital and Molten Ventures, identified potential causal relationships between the expression of genes and proteins and the appearance or stage of colorectal cancer using a strictly data-driven methodology.

With 147,950 cases per year, colorectal cancer is the fourth most common cancer and one of the deadliest cancers, with 53,000 deaths per year.

Currently, the only method of early detection of colorectal cancer is colonoscopy, which can detect and remove precursor lesions. However, this procedure is expensive, invasive and limits treatment options for a cancer that is increasing at 2% annually in the under-50s. In addition, shorter and shorter examination intervals are required to prevent diseases in patients at higher risk.

For these reasons, there is an urgent clinical need for methods that can reliably detect early-stage colorectal cancer using non-invasive methods. The potential outcome of causaLens’ research – conducted in collaboration with scientists at the Mayo Clinic, the leading medical research center in the US – would be a significant improvement in the long-term prospects of patients with colorectal cancer

Causal AI, which only recognises cause-and-effect linkages and can infer conclusions from them, was pioneered by causaLens. When two or more variables are correlated but not directly related, either by coincidence or the presence of a third, invisible element, causal AI can reveal these spurious correlations.

The business has been effective in achieving transformative results in a variety of industries, including increased returns on investment portfolios, fewer supply chain disruptions, and the resolution of healthcare emergencies.

“Causal AI is a fundamental scientific breakthrough, and causaLens’ vision for Causal AI goes well beyond enterprise decision-making. causaLens has the potential to transform a wide range of sectors and industries and has already proven the value of its Causal AI technology in biological applications such as cancer biomarker discovery.”

Nicholas Chia, assistant professor of biophysics at the Mayo Clinic

Wed Jul 27 , 2022
1. In cell and gene therapy, 13 novel kits and assays make it possible to measure the amount of remaining host cell DNA and the AAV virus titer. 2. Users of dPCR have access to customised multiplex assays for use outside of biopharma applications thanks to custom assay design. 3. […]