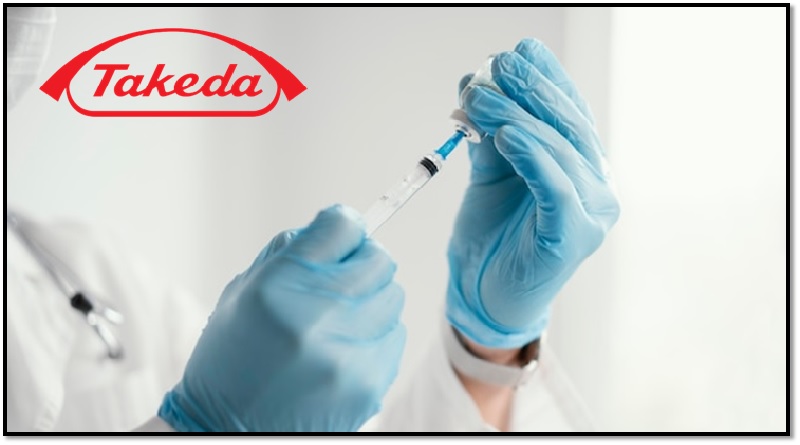 Takeda announced today that its dengue vaccine candidate, TAK-003, has received approval from the Committee for Medicinal Products for Human Use (CHMP) of the European Medicines Agency (EMA) for the prevention of dengue disease in people four years of age and older in Europe and in dengue-endemic nations taking part in the parallel EU-M4all procedure. The EMA’s anticipated Marketing Authorization is the most recent stage of approval in Europe. In Latin America and Asia, where dengue is endemic, the regulatory assessment will also advance.

“We are one step closer towards the approval of a dengue vaccine that could benefit many of the millions of individuals around the world exposed to dengue. This is a major moment for the global health community, European countries and the dengue-endemic countries that participated in the EU-M4all procedure”, “We have been working for many years to help improve the way dengue can be prevented. Our efforts to provide a new option for dengue prevention support Takeda’s overall goal to provide long-term societal value to the people we serve.”

Dengue fever has become much more common in recent years, with an estimated 390 million infections and 500,000 hospitalizations each year as a result. Urbanization, globalisation, and climate change are some of the causes that have contributed to the increase in instances. About 5% of dengue infections are severe, and in Latin America and Asia, severe dengue is the most common cause of serious disease and death in both children and adults. The second most common diagnosis for fever among visitors from endemic areas returning to Europe is dengue. It is widespread in endemic nations throughout the Americas, South-East Asia, and Western Pacific regions, and it is becoming more prevalent in non-endemic sections of continental Europe, including France, Italy, Germany, Spain, and the United States.

“The global health community has been eager for a dengue vaccine that is accessible without the barrier of pre-vaccination testing”, “The robust clinical data provided by Takeda shows that its dengue vaccine has the potential to help prevent dengue cases and hospitalizations. Today, we are closer to helping improve dengue prevention and reducing the burden of disease on countries, communities and health systems.”

Results from five Phase 1, 2 and 3 trials involving more than 28,000 children and adults validated the Committee’s favourable assessment. The World Health Organization (WHO) advises obtaining three to five years of follow-up data following the completion of a primary dengue vaccination in order to accurately assess safety and efficacy. This includes four and a half years of follow-up data from the global, pivotal Phase 3 Tetravalent Immunization against Dengue Efficacy Study (TIDES) trial. In the general group, including both seropositive and seronegative people, TAK-003 averted 84% of hospitalised dengue cases and 61% of symptomatic dengue cases during the course of the four and a half years of research follow-up, according to TIDES exploratory analysis. TAK-003 has been generally well tolerated; there is no evidence that vaccination recipients’ diseases have worsened, and the TIDES trial has not yet shown any significant safety concerns.

The Indonesian National Agency for Drug and Food Control, BADAN POM, authorised Takeda’s QDENGA dengue vaccine in August 2022 for use in preventing dengue fever caused by any serotype in people aged six to 45. Takeda will continue to start and advance regulatory files in other dengue-endemic and non-endemic countries even though TAK-003 has not yet received regulatory approval anywhere else in the world. The vaccination must be evaluated by the pertinent local authorities for the indications they judge appropriate before it may be used legally.

Please consult with your local regulatory agency for any approved labeling in your country.

The WHO listed dengue as one of the top 10 health hazards to the world in 2019. Dengue is a virus spread by mosquitoes that spreads quickly around the world. Aedes aegypti mosquitoes and, to a lesser extent, Aedes albopictus mosquitoes are the principal carriers of dengue. Any one of the four dengue virus serotypes, each of which might result in severe dengue or dengue fever, is the reason. Every serotype has a variable prevalence throughout various geographical areas, nations, regions, seasons, and time periods. Only the serotype against which you recovered from infection confers permanent immunity; subsequent exposure to any of the other serotypes raises your risk of developing serious illness.

The live-attenuated dengue serotype 2 virus, which serves as the genetic “backbone” for each of the four vaccine viruses, is the basis for Takeda’s tetravalent dengue vaccine candidate (TAK-003). TAK-003 was found to be generally safe and well tolerated based on clinical Phase 2 data in children and adolescents, which demonstrated that the vaccine induced immune responses against all four dengue serotypes in both seropositive and seronegative participants, and that these immune responses persisted for 48 months after vaccination. The pivotal Phase 3 Tetravalent Immunization against Dengue Efficacy Study (TIDES) trial successfully achieved its primary endpoint of overall vaccine efficacy (VE) against virologically-confirmed dengue (VCD) at 12-month follow-up and all secondary endpoints at 18-month follow-up for which there were enough dengue cases, including VE against hospitalised dengue and VE in individuals who were both baseline seropositive and baseline seronegative. By serotype, efficacy varied. The findings showed that TAK-003 was usually well tolerated and that no significant safety hazards have been noticed thus far.

Mon Oct 17 , 2022
In order to provide its investigational positron emission tomography (PET) imaging radiotracers, TLX250-CDx (Zr-DFO-girentuximab) and [18F]-FLac (F-3-fluoro-2-hydroxypropionate) for use in third-party clinical research and development activities, Telix Pharmaceuticals Limited has announced a collaborative development and reseller agreement with GE Healthcare. These cutting-edge tracers have the potential to reveal crucial details […]