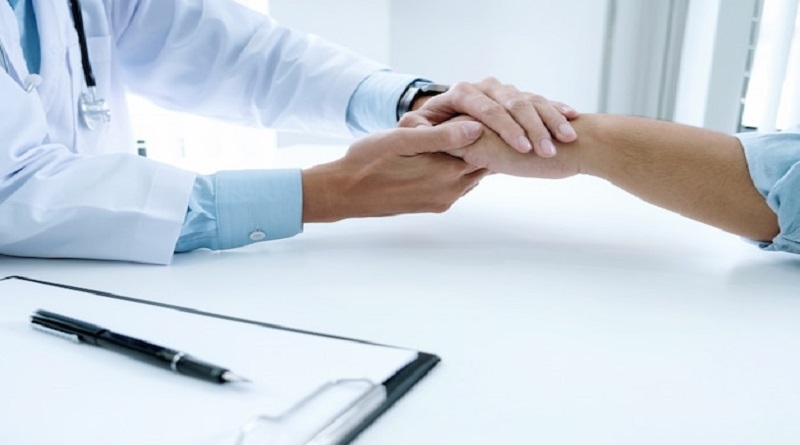 Since ancient times, confidence in healthcare has been a problem. In his book Notes of a Doctor, published at the turn of the 20th century, V. Veresaev discussed this and caused quite a stir in the medical world.

He stated in the introduction to his book,

Physicians carefully protect the public from everything that could shake their faith in healthcare. Either the truth can reduce faith in healthcare because, by its very nature, healthcare does not deserve such faith, in which case the truth is useful: nothing is more harmful, and nothing brings with it so many disappointments as an exaggerated belief in something.

Or, secondly, the truth can shake faith in doctors because it points to the removable, but not eliminated, dark sides of medical practice – in this case, the truth is necessary”

Medical services are one of the service categories that could endanger the client’s health. When a patient contacts a medical organisation for assistance, the health risk is viewed as a subjective assessment of the potential for deterioration in quality of life, complications, or death due to both objective and subjective factors (severity of the disease, effectiveness, and the likelihood of providing assistance, etc.).

The phases of trust development are singled out, which are sequentially connected with each other but do not imply an automatic transition from one to another. The overall goal of our study (theoretical and empirical) is to identify the socio-psychological factors that affect the trust of the consumer of medical services in medical institutions.

Trust between doctor and patient is the key to effective treatment

The loss in patient and attending physician trust has been the most significant issue recently, according to the majority of practitioners. Naturally, this makes it difficult to make an accurate diagnosis and prescribe a successful course of therapy, prompting patients to self-medicate and seek out inexpensive medications, both of which can be harmful.

to date, there are no strict rules for communication between a doctor and a patient, although in world practice doctors use the general principles of deontology (from the Greek Deon – due and logos – teaching), which is the professional ethics of medical workers. Mental comfort is the main criterion of deontology, which implies the prohibition of actions that can cause moral or physical harm to the patient.

How is trust established in healthcare?

The patient’s trust is determined by the professional status of the doctor, his age (the older one seems more experienced and knowledgeable), appearance, and the type of services provided by the doctor – paid or free (in the first case, trust is greater).

The manner of behavior also affects the emergence of the patient’s confidence, it arises more easily if the doctor is calm and confident, but not arrogant, if he is quick, decisive, persistent and at the same time shows human participation and delicacy.

On the other hand, for example, if a patient hears how a medical worker speaks badly about his colleagues, sees how he treats his subordinates arrogantly and sycophantly to his superiors, or notices how he takes something from government inventory or food intended for patients for his own use, then the patient may observe a sense of vanity, inaccessibility to criticism, talkativeness, or gloating.

Vanity is manifested, for example, in the fact that the doctor does not ask for advice from a more experienced colleague or exaggerates the severity of the patient’s illness to receive more recognition and admiration after his recovery.

To establish a trusting relationship within a healthcare setting, the first impression that a patient has when meeting with a doctor is important – his facial expressions, gestures, voice, and appearance. If the patient sees an untidy doctor (e.g. unshaven and fatigued) then they may mistrust the doctor, and perceive them as someone that is not able to take care of themselves and be reliable to work.

One of the most important conditions for establishing mutual understanding between the doctor and the patient is a feeling of support. If the patient realizes that the doctor intends to help, not to force, then he will be more actively involved in the treatment process.

When a doctor shows understanding, a person is sure that his complaints have been heard. Respect implies recognition of the value of a person as a person.

This is especially important at the stages of collecting an anamnesis when the doctor gets acquainted with the circumstances of the patient’s life. Empathy is an important point in establishing cooperation between the doctor and the patient.

Doctors need to be able to put themselves in the place of the patient and look at the world through their eyes. It is important to understand and consider the internal picture of the disease – everything that the patient experiences, and not only the local sensations but also the general well-being of the patient.

Wed Jun 22 , 2022
MedC’s proprietary novel cannabinoid formulations for the treatment of various cancer-related indications. A2W is a subsidiary of Amino Chemicals of Malta, which is a subsidiary of ABA Chemicals of China, a global pharmaceutical company. MedC Biopharm is focused on cannabinoid drug therapeutics. MedC’s methodology rapidly screens for combinations of synergetic […]