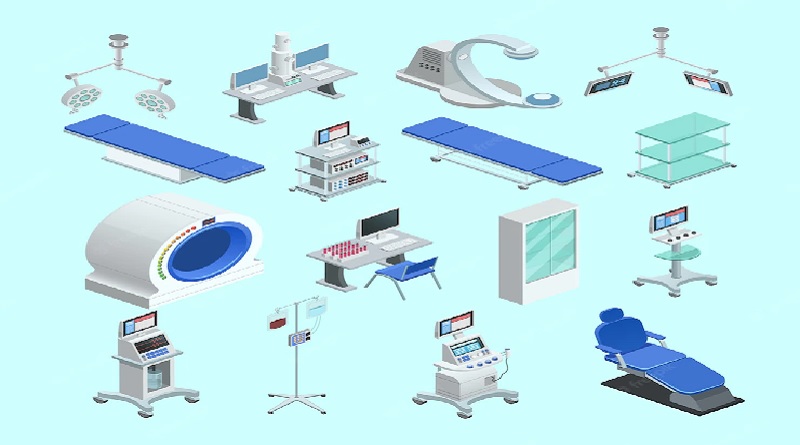 “Any instrument, equipment, implement, machine, appliance, implant, reagent for in vitro use, software, material, or other similar or related object, intended by the manufacturer to be used, alone or in combination, for a medical purpose,” according to the FDA.

With over two million medical devices on the market today, spanning hundreds of different sorts, it’s clear that they must be reliable, safe, and inexpensive.

In contrast to medications, which are generated from the labour of chemical specialists, medical devices are primarily the brainchild of engineers. Furthermore, the target market for each of these products, the dangers associated, and the methodologies used to assess the item’s efficacy and effectiveness are all highly different.

Infusion pumps and drug-eluting stents are examples of medical devices, as are implants and pacemakers.

The earliest form of medical device control may have been a simple inspection and testing of medical equipment produced by the UK industries in a hasty takeover from foreign manufacturers, during the war, because of the non-feasibility of further such imports in that situation. However, as medical devices really took off, becoming ever more sophisticated and widely available, the need for manufacturing and product standards was recognized, and specialists were recruited.

This led to the emergence of a whole regulatory system and a post-marketing surveillance strategy. A voluntary quality assurance system was also set up to improve design and production. In addition, inspections were introduced to ensure compliance. Later, formal medical device evaluation programs were set up. Still, later, unified statutory systems came into being for the whole European Union.

Similar regulatory oversight is exercised in the USA by the Food and Drugs Administration (FDA). Many regulatory bodies use a tiered approach based on the degree of risk associated with the use of each and the chances for user and manufacturer error. This is because the highest level of regulation is neither necessary nor possible with the lowest-risk category of medical devices.

Why are medical devices regulated?

Medical devices help diagnose, treat or monitor individuals with potential disease states. To do so, they must fulfill the purpose for which they were designed, be robust and avoid harm to the patient and operator. Several studies have noted that with the global marketing of medical devices, more and more adverse events are being reported, including severe and fatal events.

In fact, in just ten years, in the USA, with its strict and extensive regulatory system, there have been well over 1.5 million injuries and over 80,000 deaths. One glaring example of poorly regulated medical devices was the high-pressure marketing of vaginal mesh, which led to severe pain, bleeding, and other serious side effects following its use in vaginopexy. After being introduced in 2002, it took almost two decades for the FDA to withdraw its approval.

Regulation aims to ensure that medical devices become safer, of better quality, and have a better design. Of course, regulation involves increased manufacturers’ costs regarding development costs, production processes, and services. This will push up prices for healthcare providers and patients, restricting device sales and stifling innovation.

Despite this argument, several compelling reasons press for the regulatory oversight of medical devices. Numerous cases like the one cited above of vaginal mesh have been reported globally, indicating that medical devices have often been so poorly regulated as to cause harm and death to patients.

Dr. Thimbleby put forward some key points in his thought-provoking essay. First, he points out that patients are the reason for healthcare and should always be central to all technology used in healthcare. Secondly, technology aims to make things smaller, lighter, cheaper to produce, and thus more profitable: the aim is never to make people well.

Thirdly, human nature remains the same despite the accelerating pace of change in technology. People still like to be in authority, those on top pretend they are infallible, and nobody likes to accept blame. Finally, technology never stops evolving. Before one solution is completely developed, somebody is sure to have an even better idea – which makes the older one obsolete and may require the former to be junked, but at the potential cost of losing data or skills.

These facts demonstrate why medical device regulation is necessary.

The people who use or operate medical equipment must not be harmed. Instead, they should work to improve the patient’s health. To demonstrate to the patient that this is true, medical device laws must be followed. Implants and pacemakers, which are more likely to pose a safety danger, are controlled more strictly than contact lenses and sticky plasters.

It is possible to assure that all goods marketed for medical purposes meet these requirements by standardising the basic design and requirements. Other features of the standard may evolve, but they are reached willingly. Any technology may be employed as long as the procedure and final product meet the necessary specifications.

The checkpoint framework, as well as quality control and production methods, include device development, design, and clinical research. Users are urged to report adverse events after the product has been released, and the manufacturer is required to disclose major adverse events. This enables the detection of safety hazards and the implementation of corrective measures.

Regulatory monitoring can shift the focus to truly beneficial change in the shape of safer, more effective, or less priced gadgets — all or some of these, in any combination – in addition to taking non-compliant goods off the market. If the manufacturing country’s legislation are aligned with those of the exporting countries, indigenous product creation will be encouraged for both local and international sales.

Uniform standards allow goods to be imported and exported without independent studies being required between countries. Transparency as to device compliance with regulatory standards and pricing regulation is also ensured, providing fair market access and clinical safety and helping to improve the choice of product.

Strict regulation allows patients to be compensated for harm caused by device defects.

Novel or tailored medical devices are frequently developed on the basis of previously approved devices, so the new device is essentially a modification of the older one. The newer ones may leave the authorised zone and become unregulated. For patient safety and welfare, this ongoing tug-of-war between innovation and regulation is necessary.

Regulatory requirements can often hinder innovation because they are prohibitively expensive and time-consuming to comply. Standards, on the other hand, are not always sufficient to provide suitable evaluation criteria.

For instance, offering open-source designs for commonly used medical devices allows others to freely improve the design and share their innovations with others and provide rapid end-user feedback. This, however, also interferes with regulation and quality control.

With a minimal number of units, documentation for regulatory approval may be prohibitively expensive. On the other hand, the prescribed steps for development and testing may be abandoned for non-traditional processes such as 3D printing. Thus, regulatory systems must be stringent enough to safeguard the patient but flexible enough to allow for novel approaches that foster innovation.

One example is the requirement for shared and updated documentation, avoiding duplication of development and testing efforts for the same part, tracing the original design, the underlying design process, the rationale thereof, and further changes.

Another source of worry is the requirement for testing based on actual device use rather than ideal laboratory circumstances. This is due to the fact that the latter does not accurately reflect the device’s actual performance when used by a variety of persons with varying degrees of training and operating under varying conditions.

Pervasive use devices should preferably be examined in a larger environment, keeping in mind their potential applications outside of traditional clinical settings.

In many cases, health applications circumvent regulatory requirements by relying on self-certification.

Drug-device combinations are now being developed, which will fall under both pharmaceutical and medical device regulation. In circumstances where it is unclear whether a product is pharmaceutical or a medical device, the product’s activity and mechanism of action are assessed. Aside from that, the amount of regulation that provides a higher level of consumer safety is used.

Tue Jun 14 , 2022
Customers were involved in the design process, and the result was a product that was created with and for customers. As a recipient of the Red Dot Design Award for Product Design, the Allia IGS 7 has gained international attention. As the need for minimally invasive surgery grows, GE Healthcare […] 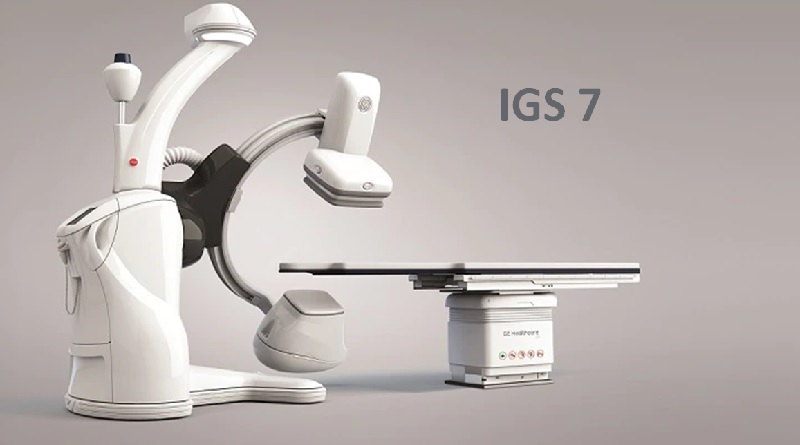