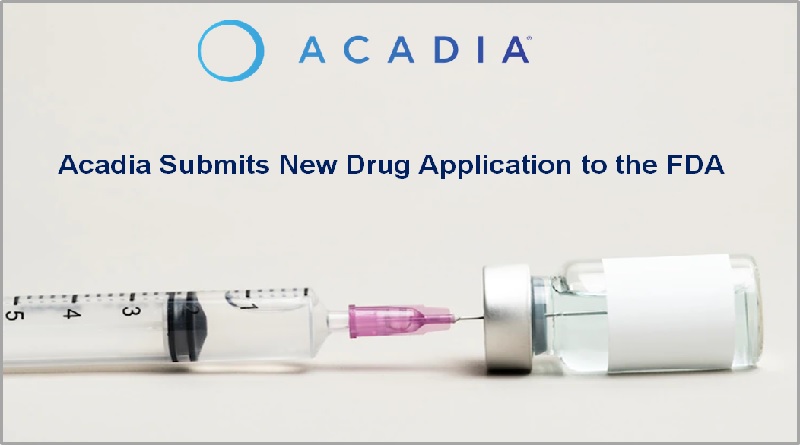 Trofinetide, a medication used to treat Rett syndrome in adults and children two years of age and older, has been submitted as a new drug to the U.S. Food and Drug Administration (FDA), according to Acadia Pharmaceuticals Inc.

“This is an important step forward for members of the Rett community who face a devastating disease with no approved therapies”, “We are grateful to the patients, their families and the physicians who have participated in the trofinetide clinical studies, including our pivotal Phase 3 Lavender study. We look forward to working with the FDA as it evaluates the NDA.”

Results from the pivotal Phase 3 Lavender trial comparing the effectiveness and safety of trofinetide to placebo in 187 girls and young women with Rett syndrome aged 5 to 20 are used to support the NDA submission. The Rett Syndrome Behaviour Questionnaire (RSBQ) change from baseline to 12 weeks (p=0.0175; effect size=0.37) and the Clinical Global Impression-Improvement (CGI-I) scale score (p=0.0030; effect size=0.47) at 12 weeks both showed statistically significant improvements over placebo in the trial. Rett syndrome’s primary symptoms are evaluated by caregivers using the RSBQ, while doctors evaluate the condition globally using the CGI-I. The study also achieved its primary secondary endpoint, the Communication and Symbolic Behavior Scales Developmental Profile Infant-Toddler Checklist–Social composite score (CSBS-DP-IT–Social) change from baseline to week 12 (p=0.0064; effect size=0.43), a caregiver scale of the ability to communicate.

In 2018, Acadia and Neuren Pharmaceuticals Limited agreed into an exclusive licence agreement for the development and marketing of trofinetide in North America for the treatment of Rett syndrome and other purposes. In the US, trofinetide has been given Orphan Drug Designation and Fast Track Status for the treatment of Rett syndrome. NDAs that have been designated as orphan drugs are eligible for priority evaluation. The FDA has also given trofinetide the Rare Pediatric Disease (RPD) classification. Acadia anticipates receiving a Priority Review Voucher if the NDA is granted thanks to this designation.

Trofinetide was the subject of the 12-week, double-blind, randomised, placebo-controlled Lavender research, which enrolled 187 Rett syndrome-affected girls and young women between the ages of 5 and 20. Its efficacy and safety were assessed. The Rett Syndrome Behavior Questionnaire [RSBQ] and the Clinical Global Impression-Improvement [CGI-I] were used as the co-primary objectives for the Lavender study. A caregiver evaluation called the Communication and Symbolic Behavior Scales Developmental ProfileTM Infant-Toddler Checklist – Social Composite Score (CSBS-DP-IT-Social) was also the primary secondary endpoint.

Rett syndrome is a rare hereditary neurodevelopmental condition that mostly affects females after two years of development that is nearly normal. MECP2 gene mutations on the X chromosome are the root cause. Every 10,000 to 15,000 female newborns globally experience this condition, which affects 6,000 to 9,000 people in the US. Between the ages of 18 and 30 months, children with Rett syndrome go through a phase of developmental regression. This is often followed by a plateau that lasts for years or decades. Clinical testing is used to determine the diagnosis of Rett syndrome, which is normally made by the age of three.

A complex and multisystem disorder, Rett syndrome causes profound impairment to central nervous system (CNS) function, including loss of communication skills, purposeful hand use, gait abnormalities, and stereotypic hand movements such as hand wringing/squeezing, clapping/tapping, mouthing and washing/rubbing automatisms. People living with Rett syndrome may also experience a range of additional symptoms, such as gastrointestinal complications, skeletal abnormalities, neuroendocrine abnormalities, disruptive and anxiety-like behaviors, as well as mood dysregulation and sleep disturbances. Currently, there are no FDA-approved medicines for the treatment of Rett syndrome.

A drug under research is trofinetide. It is a brand-new synthetic analogue of IGF-1’s amino-terminal tripeptide that is intended to cure the main Rett syndrome symptoms by perhaps lowering neuroinflammation and promoting synaptic function. Trofinetide is believed to promote synaptic maturation and reverse the synaptic and neuronal immaturities that are a hallmark of the pathophysiology of Rett syndrome. IGF-1 is produced by both of the two main categories of brain cells in the central nervous system, glia and neurons. IGF-1 plays a crucial role in the brain’s ability to respond to damage and sickness as well as develop normally. The FDA has given trofinetide Fast Track Status, Orphan Drug Designation, and Rare Pediatric Disease (RPD) designation for Rett syndrome.