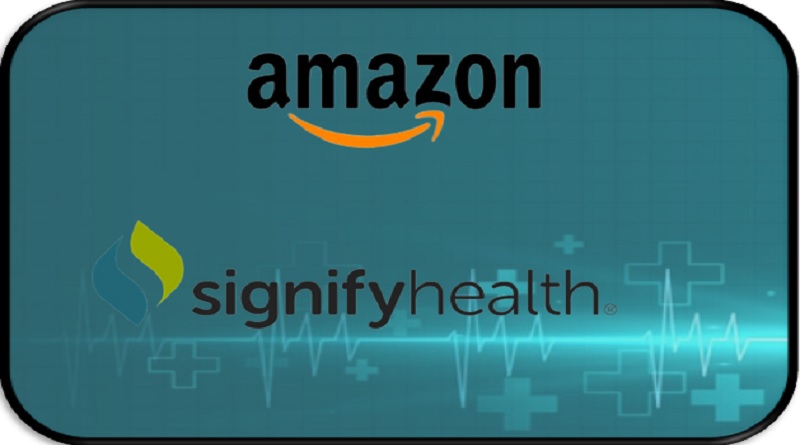 In a move that would further integrate the digital behemoth into healthcare, Amazon is eyeing the acquisition of Signify Health.

Amazon is one of several bidders for Signify Health, which is up for sale in an auction, according to a report published on Sunday in The Wall Street Journal. According to the Journal, the transaction might be worth more than $8 billion for the healthcare provider.

According to a spokeswoman for Amazon, the business declines to comment on rumours.

Besides them, CVS Health Corp. and UnitedHealth Group Inc. are interested parties in Signify Health, a company that develops technology to support in-home care. Healthcare companies, government-run initiatives, and others are its clients.

One of its largest purchases to date, Amazon said last month that it will buy primary care provider One Medical for $3.9 billion as part of a buying frenzy. It recently revealed plans to pay $1.7 billion to acquire iRobot, the company that makes the Roomba, increasing its annual spending on acquisitions to a record high.

How much antitrust scrutiny Amazon will endure as a result of its recent acquisitions is one important topic. With the statement on July 27 that it would work to prevent Facebook parent Meta from purchasing the virtual reality fitness programme Supernatural, the U.S. Federal Trade Commission made its new stance on tech acquisitions quite obvious. Meta was reprimanded by FTC representative John Newman for attempting to “purchase market position instead of earning it on the merits.”

According to reports, Amazon strategically prioritised avoiding any rumours or public speculation about their courtship of One Medical. Also interested in buying the business was CVS. According to STAT News, Amazon and CVS’s competing offers are additional proof that major corporations want to diversify their business into the health tech sector.

At the time of publishing, Signify’s market worth was close to $5 billion.