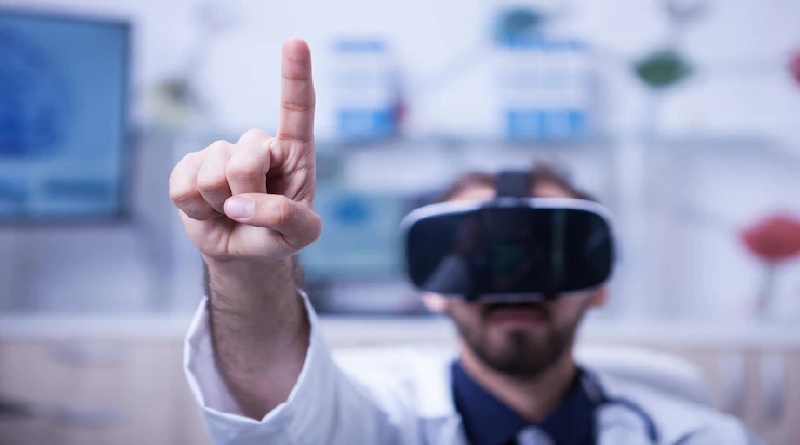 Virtual reality technology is fast evolving, allowing developers to build full 3D hospitals for teaching purposes. Ben Hargreaves examines how virtual reality headsets are being used to help educate both healthcare professionals and the general public in this article.

The topic of digital healthcare solutions is becoming increasingly popular. Because of the epidemic, more people than ever before have had to rely on digital healthcare to complete simple tasks like communicating with a doctor or scheduling an appointment with a healthcare expert. As a result, most people can easily envisage what most digital health solutions look like and how they may be integrated into daily life to promote good health.

However, with virtual reality (VR), a component of the broader digital health ecosystem, the act of locating a technology and its application in healthcare becomes more difficult. How does the ability to layer virtual reality alongside normal life benefit both the individual’s health and the healthcare system? One of VR’s main benefits could be its ability to educate.

The ability of VR technology to generate a virtual world that closely resembles real-world circumstances is essential to its instructional potential. The user can be placed in a learning environment where they can execute activities safely and without risk, or they can be given a more interesting learning environment, using only a headset. Healthcare professionals might utilise VR to learn various medical procedures, or the technology could be used to educate the general public about public health issues such as the necessity of immunisation.

The difficulty of training

By 2030, the globe will require more than 40 million new doctors, nurses, frontline healthcare workers, and other healthcare professionals, according to the World Health Organization. This is roughly equivalent to doubling the present medical workforce. The main problem in getting people ready for work is ensuring that the current training model can effectively train the requisite number of people. According to research, one of the top five significant risks for healthcare CEOs is the availability of trained personnel.

The prospect of VR to supplement existing training models could offer advantages that address the issue of maintaining and growing a sufficient medical workforce. Though the technology is in its relative infancy, a number of studies have looked into the potential for VR training to improve healthcare staff’s performance or confidence in the real world.

In the real world,

An early scoping analysis of a number of research publications conducted into VR technology’s use in healthcare revealed that 87 percent of studies in people educated by VR exhibited improved accuracy in medical practise, according to a large study. To delve at more concrete examples, one study contrasted the use of virtual reality for training in tracheostomy care abilities to traditional text-based modules. The findings revealed that those who were given virtual reality training had higher levels of self-efficacy, including familiarity and confidence, as well as less concern about tracheostomy-related knowledge and care skills. When it came to assessing written and hands-on tracheostomy care skills, individuals who had used VR simulation showed a “strong trend” of improvement.

The positive feedback that has been generated by VR in training has also led to the creation of a ‘virtual hospital’ by Cardiff University. The project aims to create a virtual clinical placement for student healthcare practitioners, where they can apply textbook knowledge to real-life patients and scenarios. One of the core advantages noted by the project was that it allowed training to continue even when COVID-19 restrictions were at their height. Other advantages of the training platform include the ability to measure the performance of trainees and to provide an immersive learning experience with a 360-degree, 3D learning environment.

In the longer term, the organisations behind the project believe that the education of healthcare professionals, as well as patient care and experience, will be improved, the carbon footprint of education will also be reduced through the virtual environment, and that the overall educational package will distinguish those involved as at the forefront of medical education.

Despite the obvious benefits of medical personnel training in a safe and secure setting, the opportunity to educate the general public on healthcare concerns also has a lot of potential. This could be information related to a single patient, such as offering additional information on their current medical treatment, or it could be a broader attempt to educate the general public about a certain subject.

The latter prospect has become increasingly urgent as health literacy became a substantial talking point during the COVID-19 pandemic. When an individual’s health literacy on a given topic is poor, they become susceptible to misinformation. In the case of the pandemic, this resulted in vaccine hesitancy in some people, even when they were potentially at risk. To try to improve health literacy, one study turned to VR to engage individuals and improve understanding of community immunity, or herd immunity, as it is also known. The results found that after VR ‘treatment’, vaccination intention increased and was more effective than a comparative text-and-image treatment. When both ‘treatments’ were combined, the vaccination intention increased even further.

The more information you have, the better.

There has been interest in using virtual reality to help patients who have already been diagnosed with a medical issue, in addition to encouraging vaccination and so potentially protecting people from illness. Patients can better comprehend their diagnosis and subsequently participate in shared decision-making with healthcare professionals with the help of excellent education. Patients became “more enthusiastic about commencing their treatment and adhering to their systemic therapy” as a result, according to a study.

This has not escaped the notice of pharmaceutical companies looking to educate patients on topics, with which they may not have the most health literacy. Spark Therapeutics developed a VR product, alongside a partner, to teach haemophilia patients about gene therapy. Rather than applying this broadly to all patients, the company targeted teenagers and young adults to provide more engaging content. In this example, the education took the form of an escape room-style game.

This is the major advantage of VR technology: the ability to create such a learning tool in virtual reality, when the prospect of carrying out the same work in the real world would be extremely challenging and expensive. Due to the creative nature of the tool, the potential for VR is essentially limited only to the imagination of its application within the medical world. As VR tools extend into approved medical treatments, familiarity with the technology is only set to grow. The next step for wider use could simply be determining how to scale it up, so that access can meet the varied use cases the technology possesses.

Thu Jun 2 , 2022
Oracle Corporation announced that all required antitrust approvals have been obtained for its proposed acquisition of Cerner, including European Commission clearance. Cerner is a leading provider of digital information systems used within hospitals and health systems to enable medical professionals to deliver better healthcare to individual patients and communities. Oracle […] 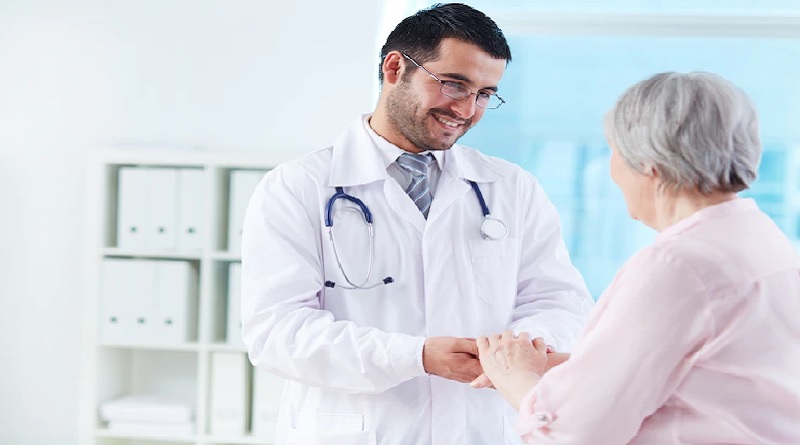