After receiving reports of more than 57,000 new cases worldwide, the World Health Organization recently declared monkeypox a global emergency. Monkeypox is an orthopoxvirus that resembles the smallpox-causing Variola virus in nature. Given that the majority of cases are happening in nations where the disease is not thought to be endemic, the monkeypox virus poses a special challenge for global health and should be seriously studied. Furthermore, this infection is spreading concurrently with the ongoing global fight against the coronavirus disease 2019 (COVID-19) pandemic, which has seriously harmed the world’s healthcare system. If monkeypox spreads as swiftly as it has, COVID-19 and monkeypox cases might quickly fill hospitals. Early symptom assessment and application of all available treatments are essential to limiting monkeypox outbreaks now more than ever. Early precautions may be essential in minimising hospital overcrowding and additional physician fatigue, including early symptom assessment by doctors, utilisation of currently available treatments, and promotion of preventative measures in at-risk groups.

Many different communities all over the world have felt the effects of COVID-19. People have been severely impacted, particularly front-line employees like clinicians. The demand on healthcare personnel was greatly increased as a result of an increase in emergency room visits and an illness for which there was no effective treatment at the time. As a result of the elevated stress, sadness, and anxiety, burnout and mental health issues grew dramatically. Similarly, it contributed to a rise in physician suicide rates. Even though their services were urgently needed, particularly at the height of the epidemic, their own health could have had an unexpected negative impact on how they cared for their patients. We contend that if safeguards are not implemented in a timely manner, the current outbreak of monkeypox could compound these effects and severely tax our medical staff.

While fighting the psychological toll brought on by treating illnesses like COVID-19 and monkeypox is a systemic challenge for institutions and will probably require a sustained effort, the therapeutic component also presents a particularly difficult viewpoint. Monkeypox infections are currently not managed with a common medication. The effectiveness of the antiviral medication tecovirimat in treating human infections with clade 3 monkeypox is currently being examined in clinical trials. The Food and Drug Administration (FDA) Animal Rule has already approved Tecovirimat for the treatment of smallpox using non-human primates infected with monkeypox as a model for smallpox. The Centers for Disease Control and Prevention (CDC) has approved the clinical use of tecovirimat under the extended access protocol as the sole FDA-approved treatment for smallpox. Despite the fact that human efficacy is not usually predicted by animal models, three early case studies in Massachusetts utilising 600 mg of tecovirimat twice a day have yielded encouraging preliminary findings. After starting tecovirimat medication in all three patients, symptoms improved, and within 2-4 days in two cases, the progression of skin lesions was stopped. Similar results were obtained from a retrospective cohort research conducted in the UK by Adler et al. for cases between 2018 and 2021, which looked at both tecovirimat (600 mg twice daily) and brincidofovir (200 mg once a week for three weeks). After starting treatment with 600 mg of tecovirimat twice day, one patient acquired no new lesions 24 hours later, and 48 hours later, PCR results from blood and upper respiratory sampled were negative. There was some improvement in the monkeypox viral PCR cycle threshold in the three patients receiving brincidofovir treatment, but the improvements varied across the three patients. All three patients also experienced high alanine transaminase levels, which led to an early end to treatment. Early case studies show the effectiveness and safety of tecovirimat as the best available treatment for monkeypox, despite the small amount of data currently available. Treatment under the CDC extended access strategy may be essential for limiting the virus and reducing further strain on international healthcare systems because it will take time for clinical trials for tecovirimat to be approved and finished.

The CDC also suggests two vaccination schedules for protecting against monkeypox. 2015 saw the approval of the ACAM2000 vaccine for immunisation against orthopoxvirus, specifically smallpox. The vaccinia virus, which is carried by the live, attenuated virus known as ACAM2000, is a member of the same virus family as monkeypox. The Advisory Committee on Immunization Practices, however, decided in 2021 that the JYNNEOS vaccine provides stronger pre-exposure protection than the ACAM2000 immunisation and, as a result, should be utilised as the gold standard for treatment for the foreseeable future. The ACAM2000 vaccination has also been reported to have more adverse effects than the JYNNEOS vaccine, particularly in people with impaired immune systems. With two vaccinations on the market, it is essential to work on public health initiatives to persuade groups that are very susceptible to exposure to monkeypox to buy one of these vaccines.

We must use an active form of education in light of the rapid increase in monkeypox cases. In order to tackle this new threat as a community, we must use the newly acquired knowledge to create early symptom recognition and treatment measures as well as raise awareness in at-risk populations. We must cooperate to identify problems that could be made worse by the outbreak of a new pandemic and create a plan to address those problems.

Mon Oct 3 , 2022
Atopic dermatitis (AD), the most prevalent kind of eczema, is highlighted in AD Days Around the World, a global illness awareness campaign that was launched today by LEO Pharma, a pioneer in medical dermatology worldwide. The campaign offers true patient tales in partnership with patient advocacy organisations in France, Italy, Germany, […] 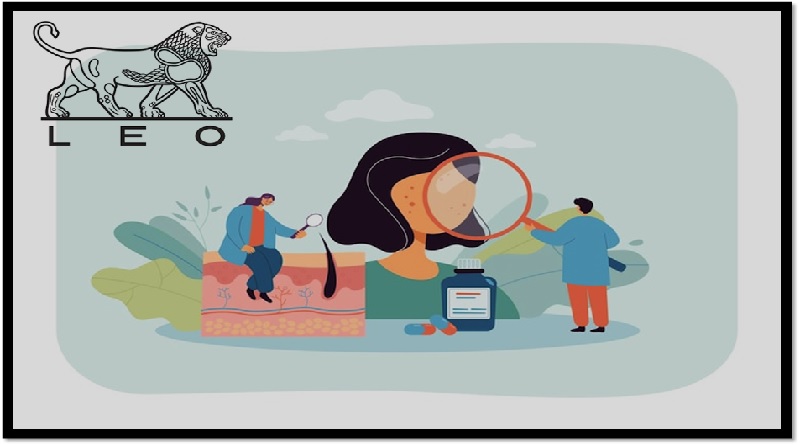