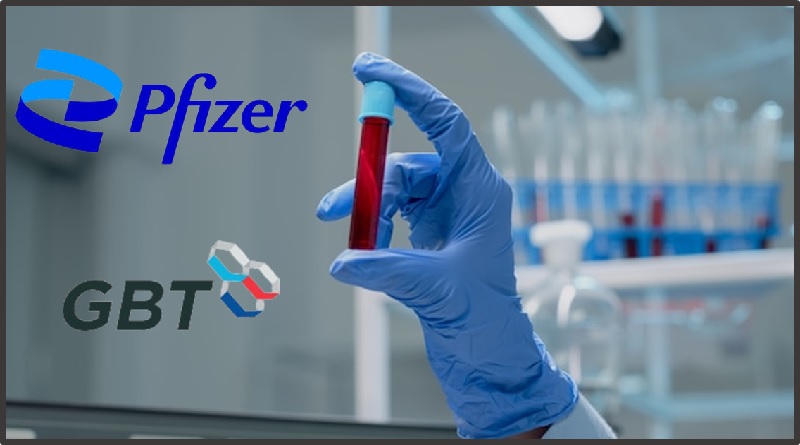 Global Blood Therapeutics, Inc. (GBT), a biopharmaceutical company dedicated to the discovery, development, and delivery of life-changing treatments that give hope to underserved patient communities, starting with sickle cell disease, and Pfizer Inc., announced today that the two companies have entered into a binding agreement (SCD). The acquisition strengthens the company’s commitment to SCD by bringing expertise, a premier portfolio, and a pipeline with the potential to address the full spectrum of critical needs in this underserved community. It also complements and further enhances Pfizer’s more than 30-year history in rare haematology. Pfizer wants to expand on the mutual commitment and involvement of the two companies with the SCD community.

In accordance with the terms of the deal, Pfizer will buy all of GBT’s outstanding shares for $68.50 each in cash. This will give GBT a total enterprise value of about $5.4 billion, including debt, when cash is paid for the shares. The deal has been approved by both boards of directors in unanimity.

Millions of people worldwide suffer from SCD, a fatal genetic blood illness that is most common in persons of African, Middle Eastern, and South Asian origin. Oxbryta® (voxelotor) pills, a first-of-its-kind medication that specifically addresses the underlying cause of SCD, were created by GBT. In addition to the European Union, United Arab Emirates, Oman, and Great Britain, Oxbryta was approved in the United States in November 2019. In 2021, Oxbryta’s net sales were about $195 million. Pfizer intends to hasten the dissemination of GBT’s ground-breaking medication to regions of the world where SCD is most prevalent by utilising its global platform.

Additionally, GBT is conducting a Phase 2/3 clinical research to develop GBT021601 (GBT601), an oral, once-daily, next-generation sickle haemoglobin (HbS) polymerization inhibitor. GBT601 has the potential to be a best-in-class drug that aims to reduce the frequency of vaso-occlusive crises and hemolysis (VOC). Inclacumab, a completely human monoclonal antibody that targets P-selectin, is another drug in GBT’s encouraging pipeline. It is being tested in two Phase 3 clinical trials as a potential quarterly treatment to lower the frequency of VOCs and to lower hospital readmission rates because of VOCs. The U.S. Food and Drug Administration has given GBT601 and inclacumab the classifications of Orphan Drug and Rare Pediatric Disease (FDA). If approved, GBT’s pipeline and Oxbryta have the potential for an SCD franchise that could achieve combined worldwide peak sales of more than $3 billion.

“Sickle cell disease is the most common inherited blood disorder, and it disproportionately affects people of African descent. We are excited to welcome GBT colleagues into Pfizer and to work together to transform the lives of patients, as we have long sought to address the needs of this underserved community”, “The deep market knowledge and scientific and clinical capabilities we have built over three decades in rare hematology will enable us to accelerate innovation for the sickle cell disease community and bring these treatments to patients as quickly as possible.”

“Today is an exciting milestone that accelerates GBT’s mission to discover, develop and deliver life-changing treatments that provide hope to underserved patient communities”, “Pfizer will broaden and amplify our impact for patients and further propel much-needed innovation and resources for the care of people with sickle cell disease and other rare diseases, including populations in limited-resource countries. We look forward to working together with Pfizer to serve our communities and advance our shared goal of improving health equity and expanding access to life-changing treatments to create a healthier future for all.”

Pfizer anticipates using its available funds to fund the transaction. The proposed acquisition is subject to the usual closing requirements, such as receiving regulatory clearances and stockholder approval from GBT.

Due to the proposed acquisition, GBT will not hold its previously planned conference call to go over its financial results for the second quarter of 2022. The results will be released on August 8, 2022, and the firm will submit its quarterly report on Form 10-Q with the U.S. Securities and Exchange Commission for the quarter ending June 30, 2022.

Sickle cell disease (SCD) is a lifelong, debilitating inherited blood disorder characterized by hemolytic anemia, acute pain crises and progressive end organ damage. Acute pain crisis, or vaso-occlusive crisis (VOC), occurs when sickled red blood cells irritate the lining of blood vessels and cause an inflammatory response leading to vascular occlusion, tissue ischemia and pain. Complications of SCD begin in early childhood and are associated with shortened life expectancy. Early intervention and treatment of SCD have shown potential to modify the course of this disease, reduce symptoms and events, prevent long-term organ damage, and extend life expectancy. Historically, there has been a high unmet need for therapies that address the root cause of SCD and its acute and chronic complications. While rare in developed markets, there are 4.5 million people living with SCD globally and more than 45 million people living with the sickle cell trait. SCD occurs particularly among those whose ancestors are from sub-Saharan Africa, though it also occurs in people of Hispanic, South Asian, Southern European and Middle Eastern ancestry.

Oxbryta (voxelotor) is an oral, once-daily therapy for patients with sickle cell disease (SCD). Oxbryta works by increasing hemoglobin’s affinity for oxygen. Since oxygenated sickle hemoglobin does not polymerize, Oxbryta inhibits sickle hemoglobin polymerization and the resultant sickling and destruction of red blood cells leading to hemolysis and hemolytic anemia, which are primary pathologies faced by every single person living with SCD. Through addressing hemolytic anemia and improving oxygen delivery throughout the body, GBT believes that Oxbryta has the potential to modify the course of SCD.