According to ASICS, exercise has a considerable positive impact on cognitive function and enhances mental ability. Exercise enhances brain power and may be just what we need to ace tests or succeed at work by improving short-term memory and focus levels.

In the first trial of its sort, ASICS asked professional players from around the world who excel at cognitively demanding games like chess and esports to begin a workout regimen. They significantly improved in mental sharpness and competitiveness after four months of consistent practice.

The astounding 75% improvement in participant’s international gaming rankings demonstrates the intimate connection between the body and the mind. The cognitive abilities of mental gamers increased on average by 10%, with improvements in problem-solving abilities of 9%, short-term memory of 12%, and processing speed and clarity of 10%. readiness. Group focus improved by 33%, anxiety levels dropped by 43%, and group confidence rose by 44%. The research demonstrates that engaging in regular exercise can be just as beneficial to improving brain functioning as learning a second language, reading regularly, picking up a new instrument, or solving a puzzle each day.

Known movement and mind researcher Prof. Brendon Stubbs designed and carried out the experiment. Each athlete adhered to a training regimen created by former runner turned international coach Andrew Kastor. The program boosted exercise levels up to 150 minutes per week and included medium-impact cardio and strength activities. Throughout the four months of the study, Prof. Stubbs evaluated the participants’ mental development based on how well they performed on intelligence games, cognitive tests, and well-being surveys.

Prof. Brendon Stubbs commented on the findings, saying: “Physical exercise is known to be beneficial for both mental and physical health, but the effect on cognitive performance has received less attention. We were interested in studying how exercise affected those who depended on their cognitive ability, like competitive mind-game players. According to our findings, these individuals’ cognitive abilities—including their capacity for focus and problem-solving—have significantly improved.

Exercise promotes the development of new brain cells and significantly boosts blood flow to the prefrontal cortex and hippocampus, two brain regions that are important for memory retention, information processing, and problem-solving speed. Imagine what exercise could accomplish for the rest of us if it can considerably improve brain game players’ mental ability. Exercise can significantly increase brain power, from enhancing attention when studying for a test to enhancing attentiveness before a business presentation.

Prof. Stubbs found that participants’ brain function and gaming abilities were enhanced by exercise, but he also discovered that the players’ mental health had significantly improved, with an average 31% increase in State of Mind scores. ii The average State of Mind score for gamers was 58 at the beginning of the study, but it rose to 76 by the end. iii, showing the substantial effect mental exercise can likewise have on mental health.

“These results are incredible and demonstrate the power of exercise. At the start of the study, many of the players couldn’t run for more than a minute, so their training programs had to be moderated. 150 minutes a week seems like a lot, but thinking about it, it’s 5 sets of 30 minutes. Regardless of fitness level, the benefits of exercise for the mind are accessible to all”.

The project served as motivation for a team to follow four competitive players as they routinely practised to raise their international rankings. The outcome was the ground-breaking new documentary “Mind Games: The Experiment,” which Stephen Fry, a renowned actor and advocate for mental health, narrated. The documentary, which is currently streaming on Prime Video, chronicles the journey of four gamers Kassa Korley, Ryoei Hirano, Ben Pridmore, and Sherry Nhan as they compete in professional tournaments all around the world in the games of chess, mahjong, memory, and e-sports. Here is a link to the documentary’s trailer.

“Our core philosophy is literally in our name, Anima Sana In Corpore Sano, meaning a healthy mind in a healthy body. We’ve always promoted exercise as a way to improve the health of the body and mind, but this is the first time we’ve explored its true impact on cognitive function. Mind Games – The Experiment demonstrates the power of exercise to sharpen the mind and we hope that after watching the documentary, everyone (regardless of age, build or fitness level) will be inspired to get moving to help empower your mind.”

Mon Jan 23 , 2023
GraftGuide ManoTM and GraftGuide MicroTM, two new solutions for the burn industry from Kerecis, the firm that invented the utilization of fish skin and fatty acids for tissue regeneration and protection. “These products respond to demand from healthcare professionals for easy-to-use, tailor-made solutions, which help improve outcomes, streamline workflows and […] 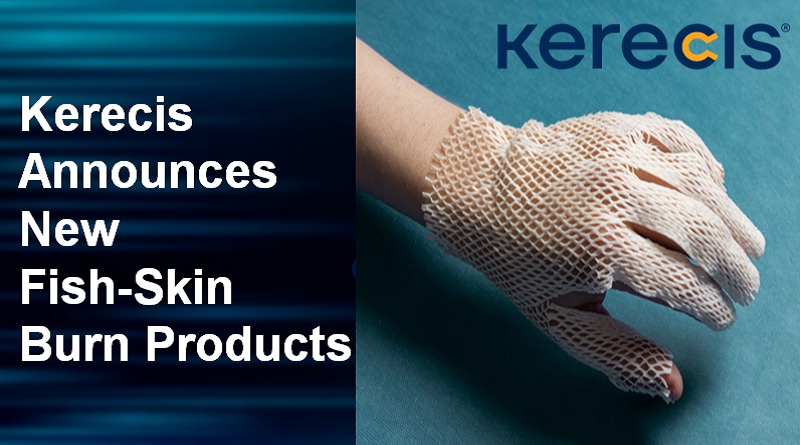