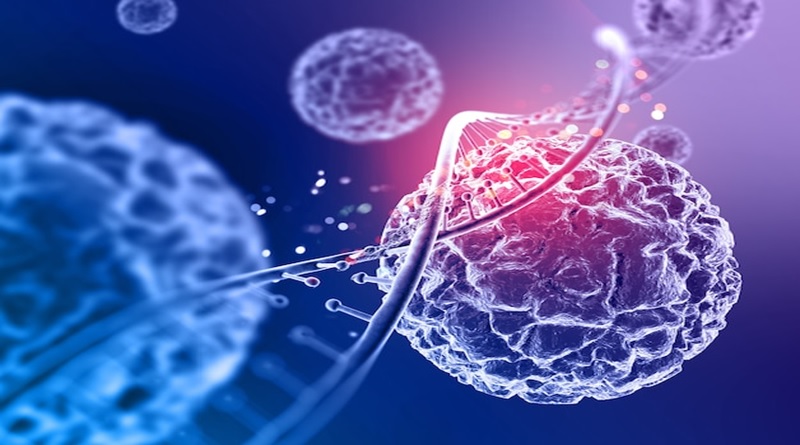 Criminal profiling may hold the key to apprehending the murderer. The same might be true for immune system profiling, which seems to have assisted researchers in unlocking the mystery surrounding one of oncology’s most infamous villains: pancreatic cancer.

Researchers from the University of Texas MD Anderson Disease Center revealed how they methodically went about assessing the ways pancreatic tumours prevent a patient’s immune system from combating their cancer in a research published Dec. 30 in Nature Cancer. After some detective work, the researchers identified three proteins, which they subsequently used in animal models to test three different immunotherapies against.

Their results showed an overall survival rate of up to 90% through the end of the year-and-a-half-long study—more than half the mice’s life span. The same cancer in people has a five-year survival rate of 11%.

“As a human immunologist who has been involved in a lot of clinical trials, you’d be surprised that I was surprised that it worked so well, but I really was,”

John Connolly, Ph.D., who is not involved in the research but is chief scientific officer at the San Francisco-based Parker Institute for Cancer Immunotherapy, told Fierce Biotech Research.

When it comes to survival strategies, pancreatic cancer stands out even among difficult-to-treat solid tumours.

Under normal circumstances, checkpoints, or suppression pathways, hold down the “off” switch on T cells that might otherwise assault a person’s own tissue, allow the immune system to control itself. By keeping the suppression mechanisms active, pancreatic cancer is particularly adept at taking advantage of these pathways and eventually “exhausting” the T cells in the tumour immune milieu. T-cell exhaustion is exactly what it sounds like: Cells cease to react to external invaders, allowing cancer cells to grow unnoticed.

Due to their unmatched capacity to inhibit T cells, pancreatic cancers are extremely resistant to immunotherapies. This includes checkpoint inhibitors like PD-1 inhibitor Keytruda from Merck and CTLA-4 inhibitor Yervoy from Bristol-Myers Squibb, either alone or in combination.

“Over the last 20 years, the field has tried many, many different agents to enhance the therapeutic strategies for this disease,” Ronald DePinho, M.D., senior author of the study, said. The statistically significant survival benefits seen in both mice studies and human trials thus far aren’t enough to make a meaningful difference in the clinic, he added.

DePinho’s lab hypothesised that it might instead be an issue of locating and neutralising the proper mix of appropriate checkpoints. That would necessitate a clear picture of the immune “fingerprint” of pancreatic cancer, as Connolly put it, and how it was affecting the immune system.

A postdoc in DePinho’s lab named Pat Gulhati, M.D., Ph.D., set out to catalogue all the immune checkpoint proteins that were expressed in worn-out T cells discovered in the tumour immunological milieu of mice with pancreatic cancer in order to discover that fingerprint. To ensure that their findings were clinically applicable, the researchers also counted the ones in both treated and untreated samples from patients, paying particular attention to the ones that appeared in highly resistant disease.

The checkpoint proteins TIM3, 41BB, and LAG were also expressed in both samples, in addition to PD-1 and CTLA-4, according to the study’s findings. Then, using antibodies created to target these proteins as well as others they discovered throughout their search, they used these mice models in multiarm investigations.

Just as in people, neither PD-1, TIM3, nor CTLA-4 suppression increased survival. However, agonistic 41BB antibodies and anti-LAG3 antibodies alone increased the mice’s survival time by 20% to 30% in comparison to controls.

And as was to be predicted given how differently they operated mechanically, the two together produced cumulative effects, according to DePinho. Their survival time was more than doubled by the combination therapy.

The two medications, however, were insufficient to prevent the mice from dying from the condition, despite their surviving twice as long as untreated animals. The researchers questioned if adding a third agent would help the results.

In order to achieve this, they used CXCR2, a protein that draws MDSCs, also known as myeloid-derived suppressor cells, to the tumour immunological microenvironment. Another clever tactic cancer has up its sleeve is to summon MDSCs. MDSCs exhibit suppressive action, whereas normal myeloid cells—such as neutrophils and monocytes—act against foreign invaders. They are stimulated by cancerous tumours, which inhibit T lymphocytes. Additionally, they are a frequent source of therapy resistance because they are resistant to immune checkpoint inhibitors.

Similar to the two-drug combination, giving the mice the CXCR2 inhibitor SX-682 increased their survival time by 30% to 40%. Encouraged, the researchers decided to combine the three medicines.

The 10 mice in a group with a very aggressive pancreatic cancer were still alive after 540 days, with the exception of one. Around 70% of other groups with tumours derived from various cell lines experienced overall survival rates. The survival rate was 20% in models with multifocal, spontaneously forming tumor—a particularly aggressive variety.

None of the animals alive at the study’s end had any signs of cancer.

“These were unprecedented cures seen in a very virulent mouse model of this disease,” DePinho said. Cell sequencing and immune profiling confirmed that drugs had indeed induced a potent immune response, overcoming suppression by the tumors. The study’s models were especially strong because the researchers made an effort to ensure that the immunosuppression patterns they saw in mice were the same as those in samples from human patients, Connolly said.

“They created a nice resistance model that accurately reflected how resistance works in a human,” he explained. “Then they used advanced immunophenotyping and analytical techniques to really dive in and come up with a fingerprint of how resistance is working.”

going fast to the clinic

Early-stage clinical trials are being conducted individually on each of the three medications the researchers utilised. One of the medications being investigated in the National Cancer Institute’s MATCH screening trial for solid tumours is the LAG3 inhibitor relatlimab, which is made by Bristol Myers Squibb and is already FDA-approved as a component of a combination treatment for metastatic melanoma. In a phase 1 pancreatic cancer trial, Pfizer’s utomilumab, a 41BB agonistic antibody, displayed a positive safety profile.

Combined with the results of their study, the work already being done with the agents warrants speeding along the process to trying them together in humans, DePinho said.

“I think there’s as much preclinical proof-of-concept one could glean from looking at human specimens, which showed that the targets are there and that they correlate with clinical outcomes,” he said. “And the mouse model, which is a very faithful mouse model of the human disease, shows rather striking and encouraging results.”

Connolly agreed. “There’s a lot of good mouse studies out there, but you really want to translate this to the clinic for it to be meaningful to patients,” Connolly said. “We really want to see that clinical trial get out there.”

Given that only 20% of the most aggressive tumours were successfully treated with the triple combination, it may be possible to attempt the combination with several drugs that target various suppression mechanisms. Testing them with KRAS inhibitors, which have demonstrated success in both preclinical and early-stage clinical trials, particularly piques DePinho’s interest.

“With the advent of KRAS inhibitors, there is now going to be an opportunity to combine KRAS inhibitors with immune modulatory agents,” he said. “Based on our work, I would put at the top of the list anti-LAG3 and agonist 41BB or the CXCR2 inhibitor.”

In general, the researchers’ approach is ideal for designing multidrug therapies, Connolly said. “Ron’s lab gives you a roadmap on how to make a combination therapy,” Connolly said. “Find the fingerprint of suppression, find the mechanism of resistance and attack that mechanism.”

Thu Jan 12 , 2023
Representative Christine Chandler (D-Los Alamos), who has partnered with Susan G. Komen to introduce legislation that would eliminate financial restrictions on imaging that can rule out breast cancer or confirm the need for a biopsy, is commended by Komen. Komen is the world’s largest breast cancer organisation. In New Mexico, […] 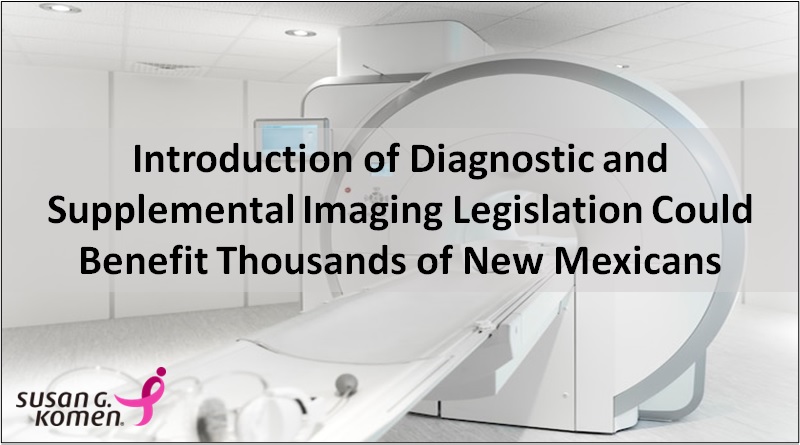