Representative Christine Chandler (D-Los Alamos), who has partnered with Susan G. Komen to introduce legislation that would eliminate financial restrictions on imaging that can rule out breast cancer or confirm the need for a biopsy, is commended by Komen. Komen is the world’s largest breast cancer organisation. In New Mexico, more than 290 people died from breast cancer last year, while more than 1,700 people received diagnoses.

“This legislation can make an immediate impact for thousands of people who require diagnostic or supplemental breast imaging, yet are unable to afford it and often forego the tests”, “Everyone should be able to access the care they need and afford it, especially when it could mean the difference between a person’s life and death.”

According to a research commissioned by Komen, patients must pay between $234 for a diagnostic mammogram and more than $1,021 for a breast MRI. In New Mexico, the cost of the test makes it difficult for people to obtain the imaging they need, making it challenging to find breast cancer as early as feasible.

An estimated 16 percent of people who receive annual screening mammograms nationwide get called back for diagnostic imaging. Additionally, these tests are often recommended for those who have previously been diagnosed with breast cancer and for some individuals who are considered at high-risk for breast cancer, making the out-of-pocket costs particularly burdensome to those individuals.

“We know that early detection is key to treating breast cancer. Unfortunately, right now patients who are at higher risk or need follow-up tests after an abnormal mammogram often face out-of-pocket costs that are extremely burdensome or prohibitive, even with commercial insurance”, “By eliminating those costs, we can make it easier for patients to detect breast cancer in its earliest stages, which means more New Mexicans will have access to lifesaving care.”

In the past 30 years, there have been notable improvements in the early detection of breast cancer thanks to the use of breast cancer screening and follow-up diagnostics. Nevertheless, this is not accurate for all demographic groups. According to the evidence, Black and Hispanic breast cancer patients typically receive a diagnosis of the disease at a later stage. This could be because follow-up imaging is delayed after worrisome findings on an annual mammography.

Due to “missed” breast malignancies during the COVID-19 epidemic, additional diagnostic and supplementary breast imaging will probably be required. It is crucial that we extend access to cheap tests for individuals who have a medical need for them since experts caution that skipping mammograms could result in higher diagnoses of later-stage breast cancer, once it has been found.

Thu Jan 12 , 2023
Google Cloud and Bayer AG today announced a partnership to advance early drug discovery. As part of this partnership, Bayer will use Google Cloud’s Tensorflow Processing Units (TPUs), which are specialized accelerators made to run cutting-edge machine learning models and computationally intensive workloads, to speed up and scale its quantum […] 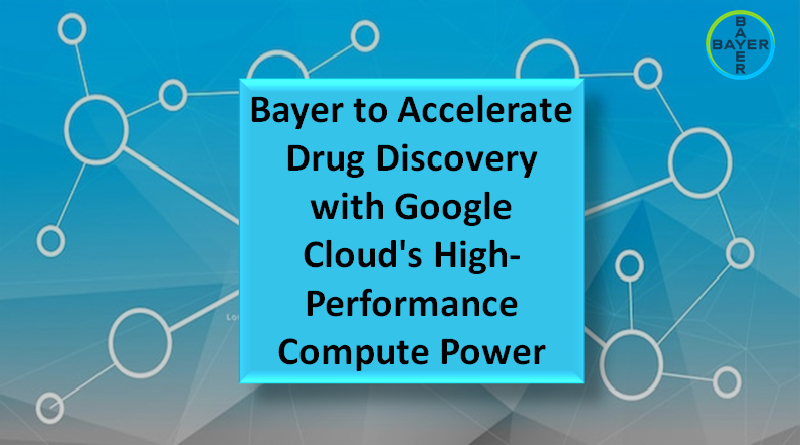